How to Marry a Millionaire PG-13

The Most Glamorous Entertainment Of Your Lifetime in CinemaScope. You See It Without Glasses! 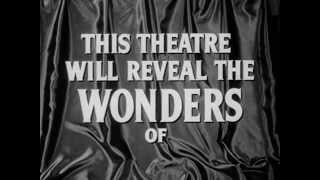 How To Marry A Millionaire-Trailer 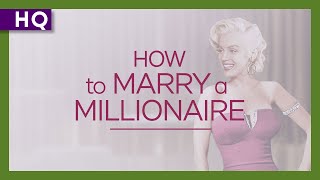 How to Marry a Millionaire (1953) Trailer

Marilyn Monroe delivers one of the finest comedic performances of her career in this outrageously funny film co-starring Betty Grable and Lauren Bacall. Three beautiful models plan to snag rich husbands by pooling their funds and renting a posh Manhattan penthouse in which to lure their victims. What follows is a series of near-marital mishaps where love prevails over money, proving that even gold diggers sometimes have hearts of gold!

Three screen goddesses--Betty Grable, Lauren Bacall, and Marilyn Monroe--star as golddigging models blessed with fabulous looks but limited brain power. The three blondes pool their resources and conspire to nab millionaire husbands, renting an expensive penthouse to lure in their likely prey. But with Rory Calhoun, Cameron Mitchell, David Wayne, Fred Clark, Alex D'Arcy, and William Powell playing the desired millionaires, the gals are pushed to the end of their wits as they try to decide whom to wed.

Basing his work on two successful stage plays, famed producer and screenwriter Nunnally Johnson's dialogue is fabulous, and scenic views of Manhatten exploit the CinemaScope widescreen aesthetic. Director Jean Negulesco keeps the antics of the remarkable ensemble cast hyped to an outrageous level, which combines perfectly with both the script and the music to create exceptionally entertaining and classic camp. This film is a must-see for fans of Marilyn Monroe, who again asserts the brilliance of her comedic timing as the extremely myopic Pola, a woman who refuses to wear glasses because she fears that they ruin her looks.

19%off
The Prince and the Showgirl
$12.10 Super Savings
Add to Cart