A nightmare of terror travelling aboard the Horror Express!

13K ratings
Currently Out of Stock: We'll get more as soon as possible
Notify Me When Available
Add to Wishlist
Format:  DVD
item number:  LM 12680D
Also released as:
Horror Express (Blu-ray) for $31.80
92% recommend us! 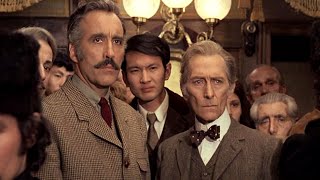 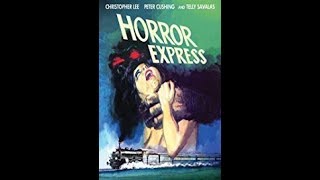 Christopher Lee and Peter Cushing star in this creepy tale of a long-frozen "missing link" discovered in the ice in Northern China. As the frozen relic is being transported to England via a trans-Siberian train, passengers begin turning up dead, their eyes drained of all color. This excellent forgotten horror gem has the look and feel of a Hammer production, though it's Spanish. Oh, and Telly Savalas is in it, too!

A monster who has been frozen for years is being transported on a train. But the passengers are in for a big surprise when the creature suddenly comes to life, and creates deadly chaos for everyone on board! Yikes!!!

Creature from the Black Lagoon
$14.50
Add to Cart

Creature from the Black Lagoon: The Complete Legacy...
$37
Add to Cart

The Hound of the Baskervilles
$19
Add to Cart

Creature from the Black Lagoon
$14.50
Add to Cart