61K ratings
Out of Print: Future availability is unknown
Notify Me When Available
Add to Wishlist
Format:  DVD
item number:  66KVR
Also released as:
The Bad News Bears for $6.50
The Bad News Bears (Blu-ray) for $19.40
Our customers love us! 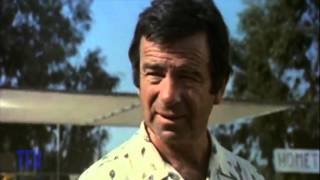 A major surprise as one of 1976's top grossing films. The Bad New Bears is a movie about children that is refreshing, utterly believable, and quite cleverly funny. Walter Matthau is at his absolute best as the grumbling beer-guzzling former minor-league pitcher who gets roped into coaching a band of half-pint misfits somewhat loosely called a team. With this bunch in uniform, it's impossible to get caught up in the suburban competitive spirit that drives other adults to extremes of parental discipline. So, instead, the Bears have a good time.

One of director Michael Ritchie's most universally recognized comedies, THE BAD NEWS BEARS is a film that continues to entertain audiences of all ages. The story concerns a hopeless Little League team that eventually scores big when it acquires a new coach, Morris Buttermaker (Walter Matthau), a grouchy, beer-guzzling pool cleaner who takes the position for some extra cash. When he realizes that his players are a bunch of talentless misfits, he signs up two secret weapons: Amanda Whurlitzer (Tatum O'Neal), the daughter of an ex-girlfriend who also happens to be an awesome pitcher, and Kelly Leak (Jackie Earle Haley), a motorcycle-riding punk who is inarguably the best player in the area. With their new lineup in place, the Bears breeze their way into the championship game, in which they must battle their rivals, the Yankees, in order to exact revenge and win the title.

Matthau's Buttermaker is a gem of a character, tossing off cynical one-liners with a vehemence that is truly hysterical. Ritchie strikes further gold with his youthful cast, who all embody their characters with a comic realism that is both heartwarming and humorous, making THE BAD NEWS BEARS one of the finest sports comedies ever made.

An incredibly entertaining comedy about a hopeless little league team that eventually scores big when it acquires a new coach.

Rookie of the Year
$5.80 Super Savings
Add to Cart

20%off
Legend-to-Legend: Conversations with Bob Wolff (DVD)
$7.98 on Sale
Add to Cart