Kay Starr Rockin' With Kay / I Hear The Word 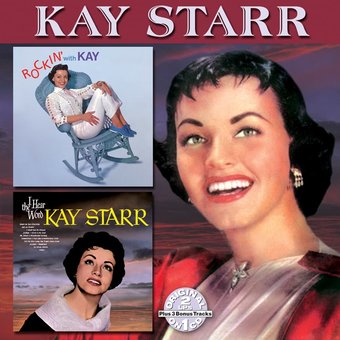 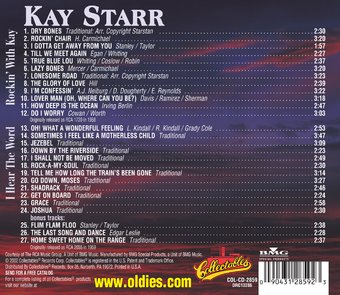 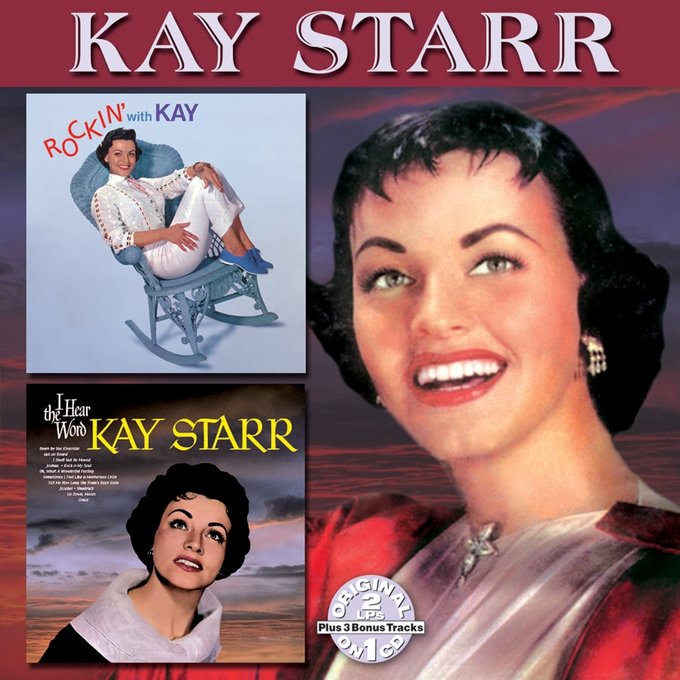 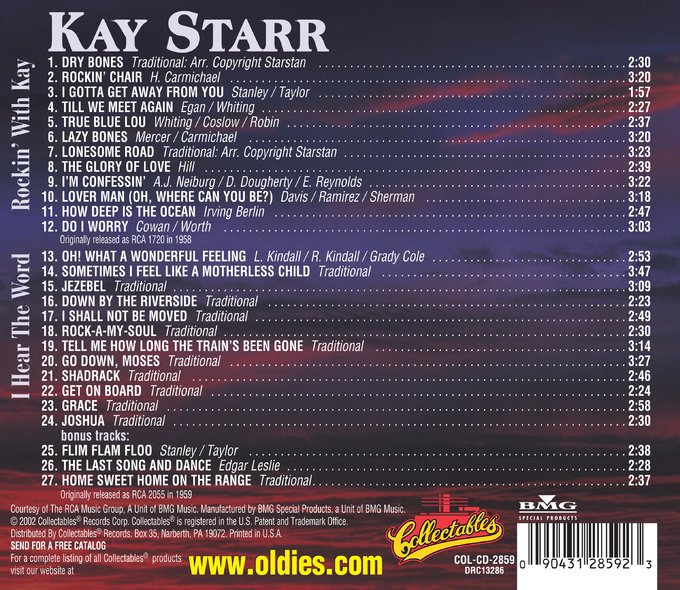 "Rockin' With Kay" was Kay Starr's third LP on RCA, issued in 1958. It is paired with "I Hear The Word," a religious recording on which she is backed by the Jimmy Joyce Singers. Added to this CD release are bonus tracks like "Flim Flam Floo" from the movie "The Pied Piper of Hamlin" in which Kay appeared; although in the movie the song was sung by her leading man, Van Johnson. A rare live track, "Home Sweet Home On The Range," with Harold Mooney's Orchestra, is included.

2 LPs on 1 CD: ROCKIN' WITH KAY (1958)/I HEAR THE WORD (1959).
Originally released on RCA.
Liner Note Author: Al Fichera.
Recording information: 07/29/1955-02/23/1959.
Kay Starr started her solo career on Capitol Records in the mid-'40s and stayed with the label until 1955, when she moved to RCA Victor. In the face of rock & roll, she scored a number of hit singles on RCA, including the chart-topper "Rock and Roll Waltz" and "My Heart Reminds Me." But RCA wasn't able to help her cross over to the album market, and after five years, four LPs, and 15 singles, she returned to Capitol in 1959. This discount-priced two-fer CD combines her third and fourth RCA LPs, and it concludes with three bonus tracks culled from her singles, such as the novelty "Flim Flam Floo," the B-side of "My Heart Reminds Me." Rockin' With Kay, originally released in 1958, finds a 35-year-old Starr trying to split the difference between the new rock styles and the more traditional pop with which she was more familiar. The selections include such standards as "Rockin' Chair" and "How Deep Is the Ocean," but the arrangements mix swing and rock elements, using horn charts as often as electric guitar solos, and Starr sings in a throaty, emotional style. 1959's I Hear the Word is a gospel collection, and Starr sounds perfectly at home taking on raucous versions of spirituals. "Rock-a-My-Soul" reveals that there's more than one way to rock, and Starr is happy to try the reverential over the secular one. I Hear the Word is actually the most accomplished of her four RCA albums, even if it was recorded at a time when she was ready to leave the label. ~ William Ruhlmann


Kay Starr is an extremely gifted vocalist and a beautifil Okie-not to mention a real warm and sincere individual.This lady with the most powerful voice and vibrato rang loud and sweet.Kay was a powerful influence in the fiftes and helped to shape country,rock and rockabily sounds,although not enough credit is given to her-due to hype and public amnesia.She may be nowadays considered to be a jazz singer but to those of us who were there, she produced some evergreens on and off the charts and they are undeniably under the classification of outrageous and beautifuly overwhelming sounds.Kay Starr is one of those voices that knocked you down or knocked you out.Onstage this Celtic-Cherokee beauty was an event most of us would not want to miss.Kay's RCA and Capitol output are all classic American collections any ole way one wishes to view it.These two combined in one cd album classics show not one trace of anemia nor insincerity.Elvis loved her and Patsy worshipped her,tip of the iceberg. Hey buddies it's Kay Starr hard to get on a double remastered cd!

50%off
Kay Starr
Wheel of Fortune / Side By Side
$2.50 Super Savings
Add to Cart

30%off
Forever Cole Porter (A Musical Tribute To The Songwriting...
$4.19 Super Savings
Add to Cart