Frankie Laine One For My Baby / Mr. Rhythm 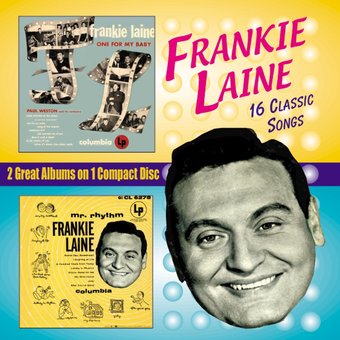 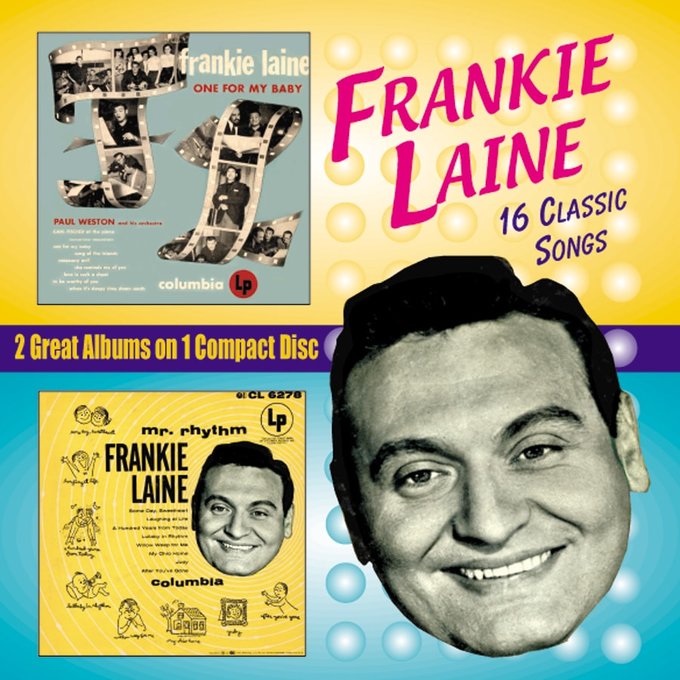 Frankie Laine was discovered by songwriter Hoagy Carmichael and his big voice carried him to pop fame in the '50s and '60s - he had over 60 chart hits to his name and sold over 100 million records. These two LPs were released in 1952 and 1954 and showcase Laine at his soaring best.

2 LPs on 1 CD: ONE FOR MY BABY (1951)/MR. RHYTHM (1953).
Also available as part of the 2-CD Collectables box THE LEGEND AT HIS BEST!
ONE FOR MY BABY originally released on Columbia (6200). MR. RHYTHM originally released on Columbia (6278). Includes original LP liner notes and reissue liner notes by Mark Marymont.
Liner Note Author: Mark Marymont.
Collectables' One for My Baby/Mr. Rhythm combines two Frankie Laine albums from the early '60s on one CD. While both albums may have a little bit of filler, it's enjoyable filler, helping make both records entertaining pop artifacts from the days before rock & roll. ~ Stephen Thomas Erlewine