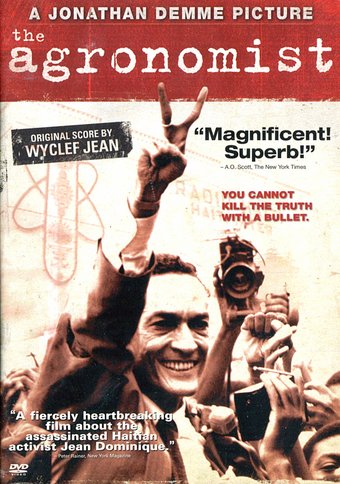 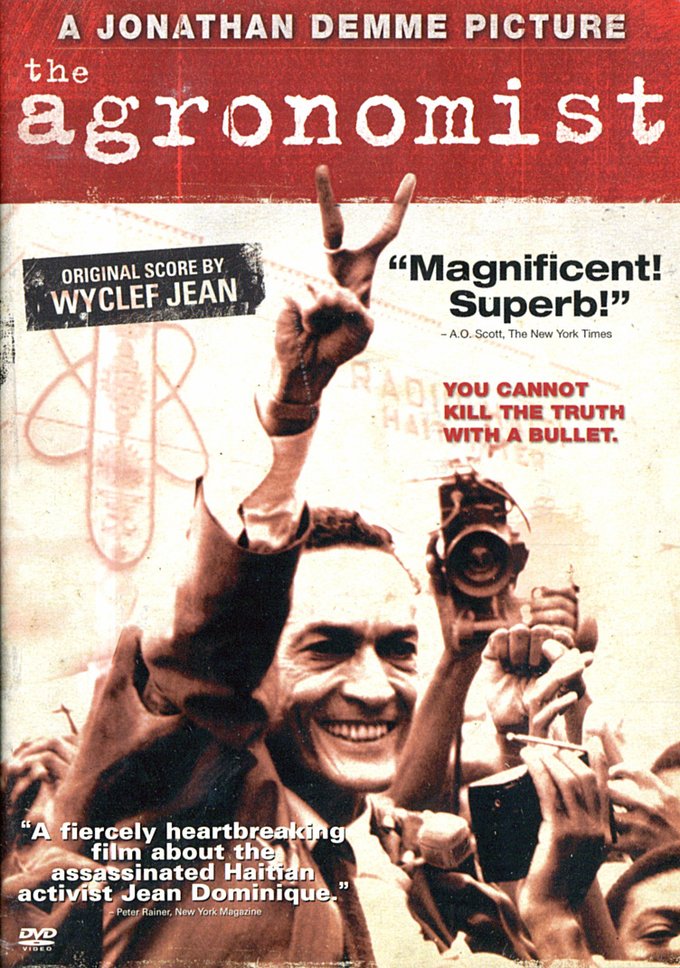 Jean Dominique, the Haitian radio personality, investigative journalist, and political activist who was assassinated in April 2000, is the subject of Jonathan Demme's informative documentary. Demme, who has directed other documentaries about charismatic figures such as Spalding Gray (SWIMMING TO CAMBODIA), asked Dominique to participate in this film in 1991. At that time, Dominique was exiled from Haiti and living in New York City, where he remained dedicated to combatting the oppressive Haitian government. Interviews with Dominique and his wife Michele Montas shed light on the strong personalities and utter conviction of these two charming renegades, while Demme interweaves footage that puts their lives in context. Shots of their independent radio station, Radio Haiti, show the husband-wife team broadcasting inside the station, as well as the building's bullet-riddled exterior. A tour of Dominique's childhood home, where his mother shares her reflections, instantly communicate his deep attachment to Haiti. Meanwhile, harder pictures of riots and violence show the country's deep-seated poverty, injustice, and political unrest. All of this culminates in a simple explanation of why Dominique was so dedicated to trying to make a change. With a nice balance of character development--highlighting Dominique's remarkable spirit--and political background about Haiti and Dominique's impact on its people, THE AGRONOMIST is a superb film. The excellent, dub-heavy soundtrack by Wyclef Jean brings a contemporary edge to the film's events.

The life of Haitian radio journalist and human rights activist, Jean Dominique, told through historical footage of Haiti; interviews with Dominique and his wife, Michele Montas; and footage shot before his assassination in April 2000.

Jimmy Carter: Man from Plains
$6.98 on Sale
Add to Cart