Q (Magazine): 4 stars out of 5 -- "The soundtrack to millions of lives in a way that most bands can only dream of, the proof is here and still makes often ravishing listening." 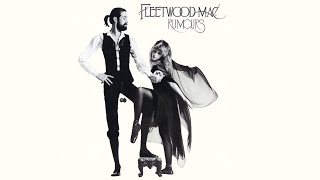 Audio Remasterers: Daniel Hersch; Bill Inglot.
Liner Note Author: David Wild.
Author: Sheryl Crow.
Photographers: Mark Seliger; Norman Seeff; Herbert Worthington III; Sam Emerson; Neil Zlozower; Ron Slenzak.
Unknown Contributor Roles: Christine McVie; Mick Fleetwood; Stevie Nicks; John McVie.
There's a certain relief that this 2016 Rhino reissue of 2002's double-disc set The Very Best of Fleetwood Mac doesn't even attempt to dabble in the early blues work of the Peter Green band, and treats the addition of Lindsey Buckingham and Stevie Nicks as ground zero. The two eras of the band don't sit well together, and it's best to isolate them, since those who want the hits don't need to hear the blues. Here, it's the prime of the platinum years, with almost all of the big songs in their original hit versions (the one real exception is a live version of "Big Love" from 1997, but most listeners aren't going to be too upset with the substitution). The biggest complaint is that chronological order would have been welcome, but the sequencing here is still nice, and all the big hits and radio staples are here, along with enough great album tracks ("Think About Me," "World Turning," "What Makes You Think You're the One") to whet the appetite for full albums for novices, who will surely find this to be a good introduction. It's not dynamic or sharply sequenced to be a truly classic collection, but it gets the job done, and it will certainly satisfy those who just need the hits, plus a little bit more for the illusion of depth. ~ Stephen Thomas Erlewine