Get email alerts for Stevie Nicks
111 ratings
Currently Out of Stock: We'll get more as soon as possible
Notify Me When Available
Add to Wishlist
Format:  CD  (2 Discs)
item number:  ZENG 99915
Related products:
Crystal Visions: The Very Best of Stevie Nicks for $8.98
Alison Krauss: A Hundred Miles or More: A Collection for $14.50
Fleetwood Mac: Say You Will [Bonus Disc] (Limited) (2-CD) for $300.50
91% recommend us! 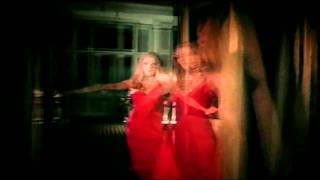 With her legacy obscured by tawdry tales of strange drugs in even stranger places, it is easy to forget that Stevie Nicks is a legend first and foremost for her music. Her formidable songwriting genius (she penned many of the most enduring Fleetwood Mac songs), her post-flower child mix of Mists of Avalon and Hollywood decadence, and her uniquely husky vibrato made her one of the planet's biggest rock stars from the mid 1970s through the mid '80s. Both with Fleetwood Mac and as a solo artist, she practically lived at the top of the charts for a decade.
CRYSTAL VISIONS: THE VERY BEST OF STEVIE NICKS attempts to be the one and only Nicks compilation, but buyer beware: While the tracklist includes Fleetwood classics such as "Dreams," "Rhiannon," and "Landslide" paired with her own stand-out solo hits, these are not the original Mac versions, but rather rerecordings and live reimaginings. While these takes pale next to the originals, they are still fine readings of undeniably great songs. CRYSTAL VISIONS, thankfully, does not mess around with the solo material, and all of Nicks's chart-toppers are here in their original forms: "Edge of Seventeen," "Stand Back," "If Anyone Falls In Love," "Leather and Lace," and "Stop Dragging My Heart Around."
The collection also highlights some heretofore unheard chestnuts like the killer "Sorcerer" and a ripping live version of Led Zeppelin's "Rock and Roll," which show that despite the gypsy robes and candlesticks, Nicks could rock with the best of them.