42K ratings
Currently Out of Stock: We'll get more as soon as possible
Notify Me When Available
Add to Wishlist
Format:  DVD
sku:  3722X
Also released as:
Babies (Blu-ray) for $13
Our customers love us! 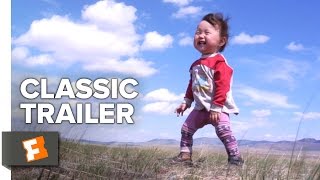 Filmmaker Thomas Balmes offers an adorable glimpse at the first phase of life in this film following four newborn babies through their first year of life. Ponijao, Bayar, Mari, and Hattie were born in Namibia, Mongolia, Japan, and California, respectively. By capturing their earliest stage of development on camera, Balmes reveals just how much we all have in common, despite being born to different parents and raised in different cultures.

He Named Me Malala
$8.70 Super Savings
Add to Cart

We Steal Secrets: The Story of WikiLeaks (DVD)
$7.48 on Sale
Add to Cart