We Steal Secrets: The Story of WikiLeaks R 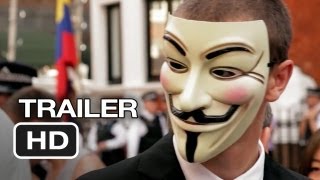 Acclaimed documentarian Alex Gibney (ENRON: THE SMARTEST GUYS IN THE ROOM) takes the reins for this no-holds-barred look at one of the most unusual phenomena of early 21st century media. In 2006, an Iceland-based outfit called The Sunshine Press launched the website WikiLeaks.org. As run by Australian Internet activist Julian Assange, the site's mandate involved regularly publishing top-secret documents and covert information, often regarding governments and their respective military operations. As might be expected, this set off a firestorm between those who admired the organization's bravado and resourcefulness, and those who argued, not unjustly, that the dissemination of data regarding such events as the U.S. war in Afghanistan could put untold numbers of lives at risk. In WE STEAL SECRETS, Gibney relays the story of the WikiLeaks website from the inside, and moves beyond black and white to penetrate a complex network of activity guided by courage and idealism but also allegedly guilty of ethical insensitivity and hypocrisy.

The Inventor: Out for Blood in Silicon Valley
$19
Add to Cart