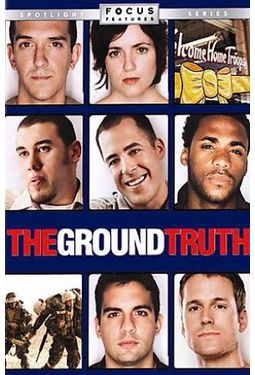 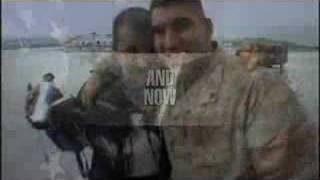 Patricia Foulkrod's powerful documentary is another critical, eye-opening indictment of America's occupation of Iraq. While the military has mastered the art of turning young men and women into heartless killers, it hasn't bothered to consider what happens when these soldiers return to America. Confusion, depression, and guilt are but a few of the fluctuating emotions that torment these citizens on a daily basis. And those are just the emotional scars. For many veterans, the reminders are devastatingly physical. Like Robert Acosta, who lost his right hand in combat. Or parents Joyce and Kevin Lucey, whose son Jeffrey committed suicide after returning home and finding that he couldn't silence his inner demons. But Foulkrod's main objective with THE GROUND TRUTH is to expose the problem that is threatening to become an epidemic: Post Traumatic Stress Disorder. Since this affliction is invisible and difficult to diagnose with factual objectivity, it makes it even more troublesome. Unfortunately, the American government appears to be hiding behind this excuse in order to avoid nursing this massive contingent of tortured individuals back to health. Over the course of the film, we meet many more veterans who express their disappointment with their government's baffling lack of support, and see rare footage of recruits in boot camp, where previously calm and rational individuals are turned into ferocious, animalistic killers. No matter what side of the debate on which one stands, it's impossible not to be affected by the stories shared within Foulkrod's sobering documentary.

We Steal Secrets: The Story of WikiLeaks (DVD)
$4.98 on Sale
Add to Cart