Village of the Damned R 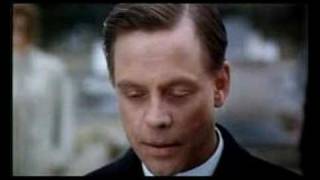 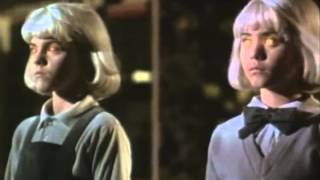 Village Of The Damned Trailer 1995

The third remake in John Carpenter's career (after MEMOIRS OF AN INVISIBLE MAN and THE THING), VILLAGE OF THE DAMNED comes from the novel, THE MIDWICH CUCKOOS written by John Wyndham, and the 1960s black and white film about the horrors of the nuclear age. Updated and spiced with the usual Carpenter edge, this remake is every bit as scary as the first one. In a sleepy town, ten strange children are born at the same time, all of them possessing platinum blone hair, piercing green eyes and supernatural powers. The intelligent, quiet children are disliked by the townspeople, and when people begin to die the first suspects are the "special" children. This was the last film Christopher Reeve made before his tragic paralysis, and he gives an excellent performance as one of the doctors who must stop the children from destroying the town. Once again John Carpenter creates a horrifying film with his talent for mood and unexpected frights, proving once again he is a modern master of horror.

Horror master John Carpenter offers this remake of the classic 1960 sci-fi thriller, based on John Wyndham's 1957 novel, THE MIDWICH CUCKOOS. Ten women simultaneously get pregnant in a sleepy California town, giving birth to a brood of platinum-haired geniuses whose psychic powers reign terror on the town.

Village of the Damned (Blu-ray)
$20
Add to Cart