Never a dude like this one! He's got a plan to stick it to The Man! 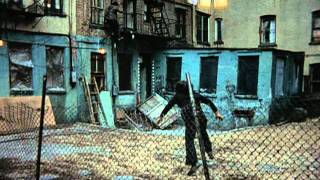 Priest is a prince of the streets, a charismatic businessman who wants out of cocaine-dealing. But a mysterious kingpin doesn't want Priest to change his ways. And that triggers murder, revenge and double-crosses that push Priest into a corner - and heat the neighborhood to flashpoint.

Superfly is one of the more enduring streetwise films of its era, due to the dynamic central performance of Ron O'Neal (Red Dawn, Original Gangstas), the sizzling score by Curtis Mayfield and the gritty direction of the late Gordon Parks, Jr. (Three the Hard Way, Aaron Loves Angela). Superfly is super entertainment with an indelible message. It's life on the edge, put together by talents who know just how sharp it can get.

SUPERFLY, along with COFFY and SHAFT, completes Blaxploitations's best known
triumvirate. One of the highest-grossing pictures of 1972, SUPERFLY became an instant classic, and established director Gordon Parks firmly in Warner Brothers' sights to make THREE THE HARD WAY in 1974. Parks was one of the first African American directors to get financing from a major Hollywood studio to make the 1969 film THE LEARNING TREE.

Super Fly is a cocaine dealer who begins to realize that his life will soon end with either prison or his death. He decides to build an escape from the life by making his biggest deal yet, converting the coke to cash and running off to start a new life. The problem is that the Mob does not have a retirement plan and will give him a choice of staying and selling for them or dying if they find out his intentions. With a terrific score by Curtis Mayfield and a star wearing threads to match, SUPERFLY is chock full of the sass, flash, and action Blaxploitation is known for.

Priest is a Harlem cocaine dealer who wants to get out of the drug business. But in order to do so, he must eliminate the syndicate kingpins keeping him down.