If a woman answers... hang on for dear life! 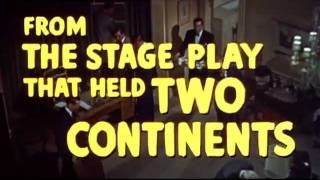 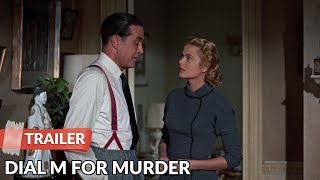 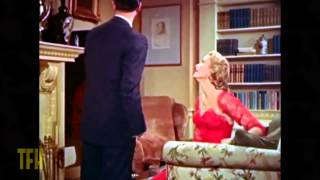 Alfred Hitchcock's screen version of Frederick Knott's stage hit Dial M for Murder is a tasty blend of elegance and suspense casting Grace Kelly, Ray Milland and Robert Cummings as the points of a romantic triangle. Kelly won the New York Film Critics and National Board of Review Best Actress Awards for this and two other acclaimed 1954 performances (Hitchcock's Rear Window and her Oscar-honored work in The Country Girl). She loves Cummings; her husband Milland plots her murder. But when he dials a Mayfair exchange to set the plot in motion, his right number gets the wrong answer - and gleaming scissors become a deadly weapon. Dial "M" for the Master of Suspense at his most stylish.

Alfred Hitchcock had already begun work on REAR WINDOW when he took on the project to direct DIAL M FOR MURDER, based on the successful play by Frederick Knott. For the film, Hitchcock chose to cast his favorite leading lady of the time, Grace Kelly, as the embattled Margot Wendice. Kelly would also star in REAR WINDOW and Hitchcock's subsequent TO CATCH A THIEF. It wasn't Hitchcock's preference to shoot DIAL M FOR MURDER in Warnercolor 3D (the cameras were large and unwieldly), and the film is seldom screened in 3D, but Hitchcock's use of the technique is notable for its service to the story rather than just being a gimmick. In the film Margot Wendice is a wealthy heiress whose playboy husband, Tony (Ray Milland), recognizes his dependence on his wife's fortune. When Tony begins to suspect he is losing Margot's affection to writer Mark Halliday (Robert Cummings), he also begins to fear he will lose her wealth. This leads the callous husband to craft a plan for his wife's death. However, when the plan goes awry, Tony is quick to turn circumstance into a second opportunity to destroy his wife.

DIAL M FOR MURDER is Alfred Hitchcock's intriguing cinematic adaptation of Frederick Knott's play about a woman who slowly comes to realize that her husband is trying to murder her. In order to get his hands on his wife Margot's fortune, Tony Wendice hires a hit man to "break into" their apartment and kill her. But when things don't go according to plan, the scheming husband turns circumstances into a second chance to be rid of his wife.