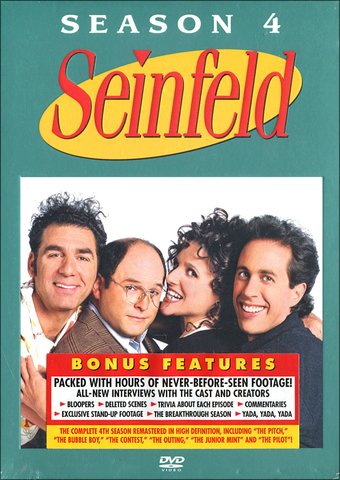 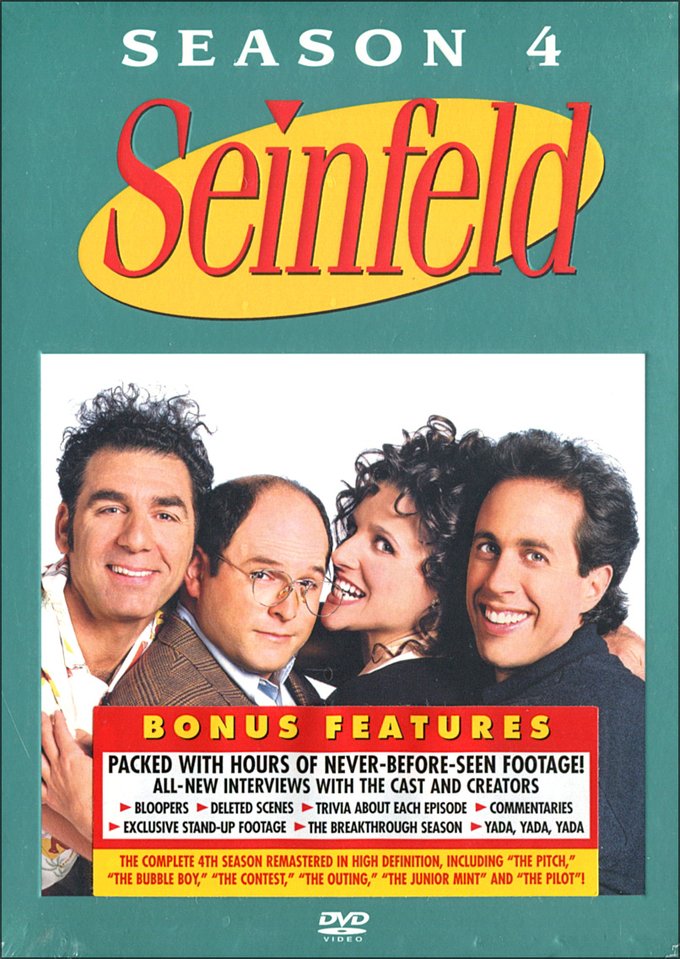 Season four of the "show about nothing," created by Larry David and Jerry Seinfeld, continues the antics and eccentricities of its loveable, harebrained characters. Jerry is surrounded by a cast of neurotic, obsessive, and socially challenged people, including his ex-girlfriend Elaine (Julia Louis-Dreyfuss), his best friend George (Jason Alexander), and his lanky, wacky next door neighbor, Kramer (Michael Richards). Together the group navigates a world of awkward encounters and bizarre schemes, punctuated by in-jokes with the audience, all of which add up to one of the funniest and most-loved shows in television history. In this season, George and Jerry try to get NBC to accept their pitch for a sitcom based on their lives. Also included is "The Contest," where the gang competes to see who can go the longest without...you know; this episode won SEINFELD an Emmy for best Comedy, Writing and Supporting Actor (Michael Richards), and TV Guide named one particular sequence the third funniest moment in TV history. Other episodes include "The Virgin," "The Shoes," "The Implant," and "The Handicap Spot."