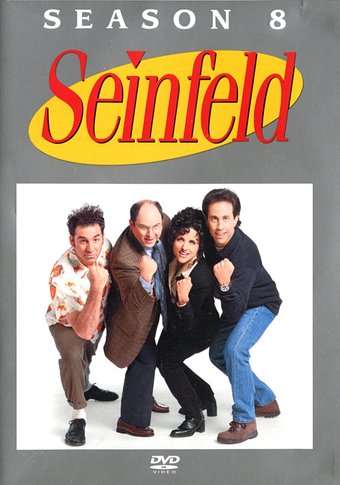 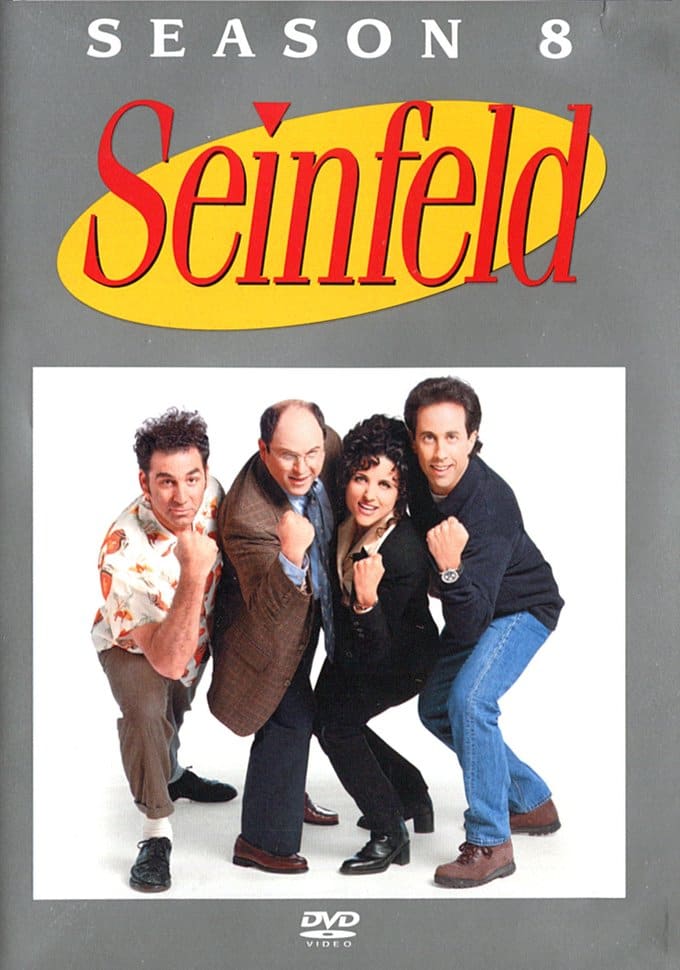 SEINFELD may be partly to blame for America's negative view of New Yorkers. Though it wasn't the first show to assert the rudeness of Gotham's citizens, its characters are selfish to a fault--not that there's anything wrong with that. Self-obsessed comedian Jerry Seinfeld is joined in the cast by his neurotic ex-girlfriend, Elaine (Julia Louis-Dreyfus); his chronically lazy pal, George (Jason Alexander); and Cosmo Kramer (Michael Richards), who takes the sitcom cliché of the weird neighbor to impressive new heights. Despite their faults (or perhaps because of them), they're some of the most hilariously watchable characters in television history. The eighth season finds Kramer at war with Kenny Rogers Roasters and its incessant bright light. After his quick recovery from fiancée Susan's death, George moves on to a relationship with a prison inmate. Meanwhile, Elaine capitalizes on a widespread love for muffin tops (the baked kind) with a business venture. Jerry's near-obsessive compulsiveness reaches new heights when his beautiful girlfriend (Kristin Davis) unknowingly uses a toilet-tainted toothbrush. Season eight was also memorable for introducing the phrase "yada yada" into the modern lexicon.