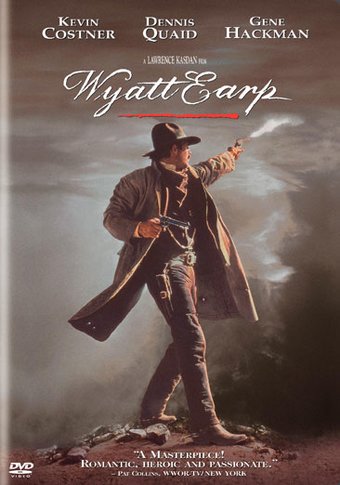 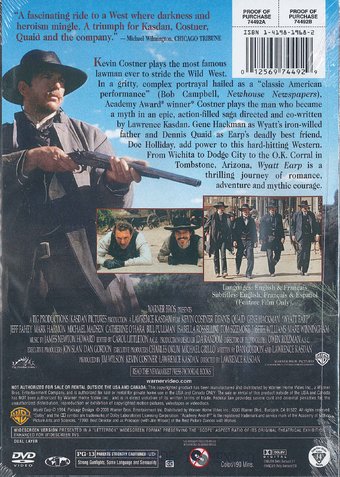 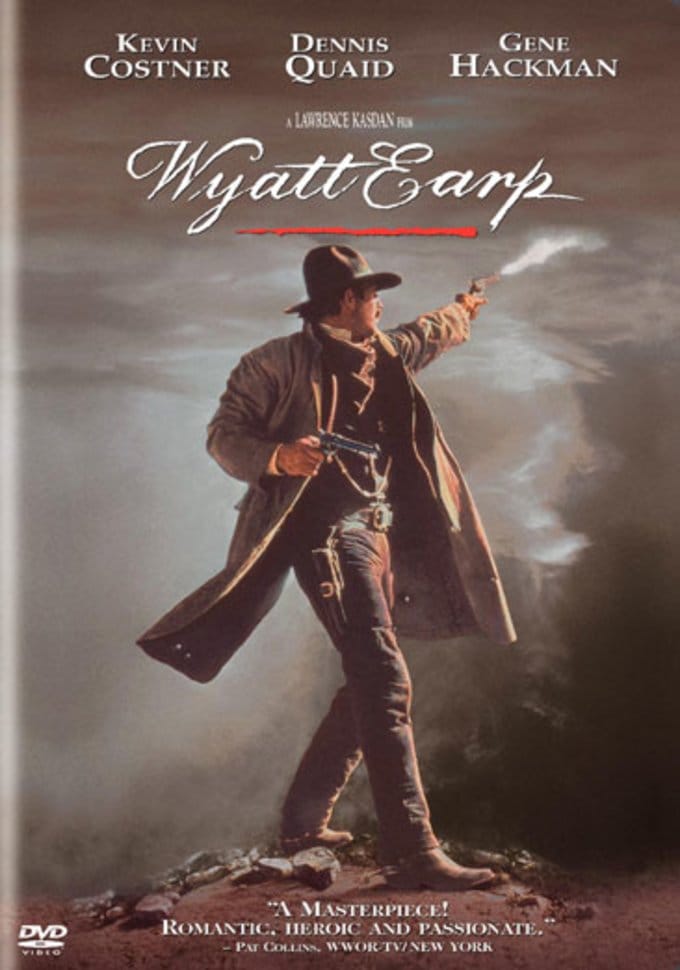 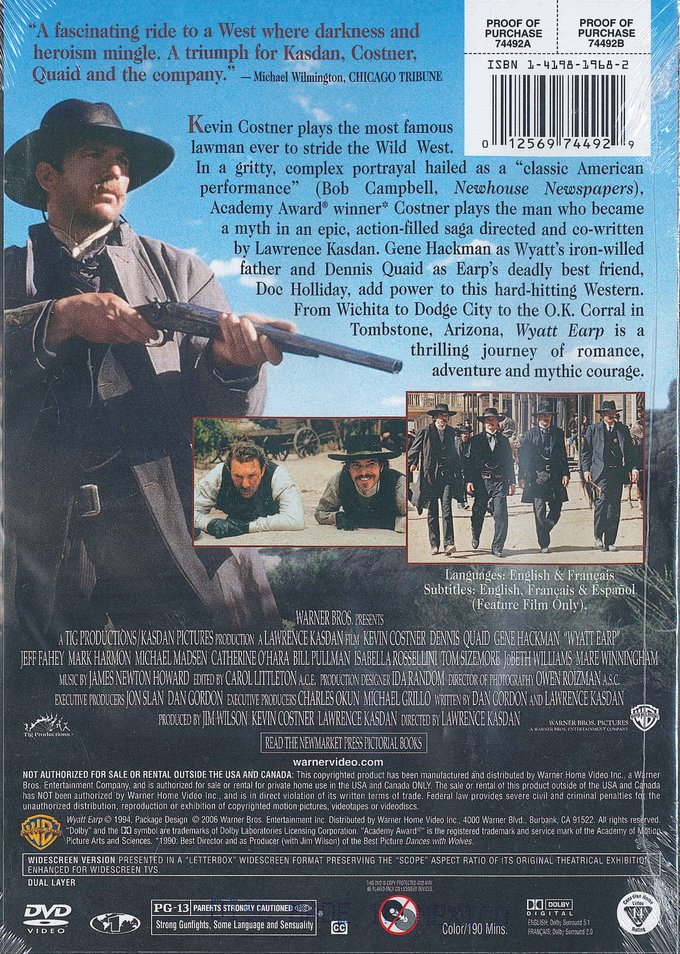 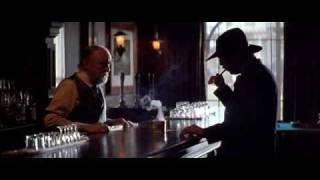 An epic (at least in length), personal telling of the life of legendary lawman Wyatt Earp. This dark film traces the early development of his strong sense of family loyalty and follows his career as a marshal with his brothers and his friend Doc Holliday. Academy Award Nominations: Best Cinematography.

Epic biography about legendary cowboy Wyatt Earp. The film spans Earp's life, from his youth, when blood and gore made him deeply uncomfortable, to his role in the famous gunfight at the O.K. Corral, to his becoming a rigid, by-the-book sheriff.
Also dramatized are Earp's relationships with his brothers and their wives, and with loyal friend Doc Holliday, who is dying of tuberculosis.