The Delfonics La-La Means I Love You: The Definitive Collection

Get email alerts for The Delfonics
58 ratings
Available: Usually ships in 3-5 business days
Add to Cart
Add to Wishlist
Format:  CD
item number:  32GJG
Products with a similar style:
Bloodstone: Train Ride To Hollywood (Soundtrack) (CD) $3.98
Bloodstone: Ultimate Collection (CD) $15.10
The Very Best of Bloodstone (CD) $15.70
The Chi-Lites: Letter to Myself (CD) $10.90
Related products:
The Dramatics: The Ultimate Collection for $11.98
The Chi-Lites: 20 Greatest Hits for $16.30
The Essential Harold Melvin & The Blue Notes for $8.20
91% recommend us! 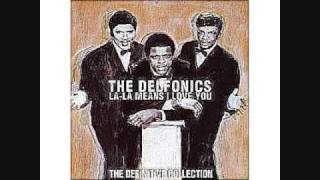 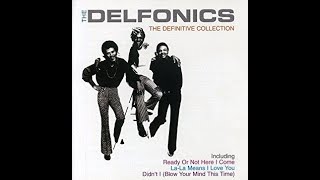 The Delfonics: William Hart, Wilbert Hart, Randy Cain, Major Harris (vocals).
Includes liner notes by Bill Dahl.
All tracks have been digitally remastered.
Liner Note Author: Bill Dahl.
Illustrator: McDavid Henderson.
The combination of Philadelphia vocal trio the Delfonics and genius producer Thom Bell was a potent force, resulting in 19 R&B hit singles on the Philly Groove label. All but the minor hit "Alfie" appear here, together with two album tracks, "Loving Him" and "Delfonics Theme." Virtually all the songs were written in-house (a dozen are credited to Bell/Hart). The main ingredients in the hit formula were William Hart's high tenor and his colleagues' harmonies floating over a luxurious bed of strings and horns.
"Delfonics Theme" showcases the sound of the house band: it boasts a stately pace driven by the rhythm section, overlaid with orchestra, electric sitar and organ. The two biggest hits, "La-La Means I Love You" and "Didn't I (Blow Your Mind This Time)," are probably the best of the bunch, but this collection offers quality listening from beginning to end.

23%off
The Delfonics
Very Best Of the Delfonics (CD)
$5.40 Super Savings
Add to Cart


THE DELFONICS ARE A VERY IMPORTANT GROUP IN SOUL MUSIC HISTORY! THE GROUP DOMINATED THE CHARTS FROM 1968-74 AND EVEN WON A GRAMMY AWARD IN 1970 FOR DIDNT I BLOW YOUR MIND THIS TIME! WILLIAM HART,WILBERT HART AND RANDY CAIN(LATER MAJOR HARRIS) SET THE TONE FOR THE SOUND OF PHILADELPHIA AS THIS CD TAKES US BACK TO OUR CHILDHOOD THAT WE WILL NEVER SEE AGAIN! EVERY SONG IS MEMORABLE AND SO ARE THE DELFONICS!


The Delfonics are a great group I bought my first Album in 1970 when in the Army at Fort Hood TX every guy in the unit kept borrowing it I never get tired of their music after 40 yrs for the price you cant go wrong with this CD.