A comedy about growing up… and the bumps along the way. 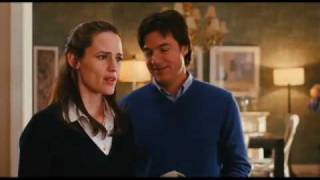 The word "quirky" has become the quick and easy way to describe films such as LITTLE MISS SUNSHINE and LARS AND THE REAL GIRL that straddle the lines between indie and studio films and comedy and drama. While JUNO fits into that same category, this distinctive dramedy is in a class all its own. Ellen Page (X-MEN: THE LAST STAND) stars as Juno, a witty teenage girl whose boredom doesn't lead her to the mall. Instead, she makes a one-time trip into the arms of her best friend Paulie Bleeker (Michael Cera). When Juno discovers that she's pregnant, she's forced to grow up fast as she tries to find adoptive parents for her quickly growing child.

JUNO might have a lot of strengths--Page's award-worthy performance, a pitch-perfect soundtrack, excellent direction from Jason Reitman--but it's the screenwriting debut of writer Cody Diablo that makes this such a winning film. Famous for her blog and her book CANDY GIRL: A YEAR IN THE LIFE OF AN UNLIKELY STRIPPER, Diablo has a unique voice and an incredible ear for dialogue. But even the nearly perfect script wouldn't sound so good if it weren't for the talents of these actors, particularly Page. She won raves for her first major role in HARD CANDY, but this performance proves it wasn't a fluke. The rest of the cast, especially J.K. Simmons as Juno's dad, is just as worthy of attention. JUNO continues Cera's cinematic ascent after his success with the hit comedy SUPERBAD, and his ARRESTED DEVELOPMENT costar Jason Bateman uses his dry delivery to great effect as a potential parent for Juno's baby. Songs from Kimya Dawson perfectly capture the film's tone with the music's sweet, smart, and funny sounds.