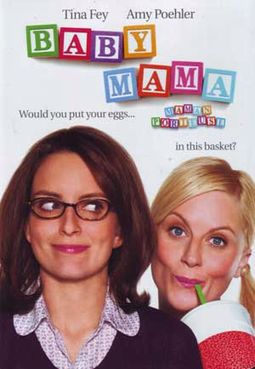 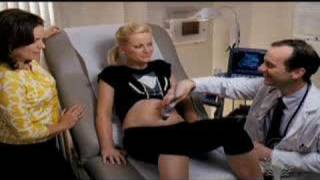 Most romantic couples--onscreen or otherwise--would kill for the type of chemistry that Tina Fey and Amy Poehler share in the gyno-centric comedy BABY MAMA, even though the women are only playing friends. Fey stars as Kate, a 37-year-old vice president at an organic foods company whose womb starts a-kickin' every time she sees a baby. Though her career has kept her from marriage and children, she has decided that it's time for her to get pregnant. But multiple tries with in vitro fertilization leave her disappointed, and Kate turns to a surrogate mother. Enter Angie (Poehler), a high-school dropout desperate for the large check that comes with carrying someone's child. Though she agrees to be Kate's surrogate, it's clear that the women disagree on everything from music to the type of food Angie should be eating. When Angie leaves her apartment after a fight with her obnoxious common-law husband (Dax Shepard, EMPLOYEE OF THE MONTH), she moves into Kate's posh Philadelphia apartment, and the women spend the rest of BABY MAMA alternately battling and bonding.

Steve Martin appears in a small but enjoyable role as Kate's oily boss, and Oscar nominee Greg Kinnear gets good mileage out of playing her love interest. WEEDS star Romany Malco earns a bit more screen time--and plenty of laughs--as her over-involved doorman, but this is clearly Fey and Poehler's film. After several seasons of co-anchoring SATURDAY NIGHT LIVE's "Weekend Update" together, the pair is reunited, and it feels good--for both the talented actresses and the audience. BABY MAMA pays less attention to the serious issues of pregnancy and motherhood than its baby-driven contemporaries--JUNO, WAITRESS, and KNOCKED UP--but this is simply a comedy, and a very funny one, that succeeds on the merits of its two lead actresses and their comedic talents.