Who says Vampires are no laughing matter? 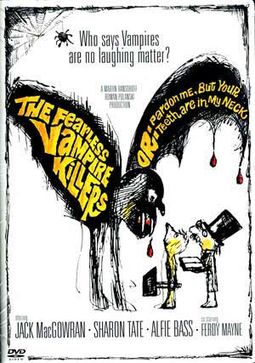 Also released as:
The Fearless Vampire Killers (Blu-ray) for $20
91% recommend us! 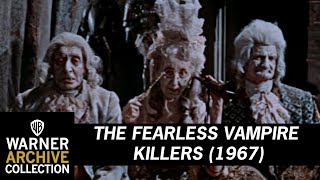 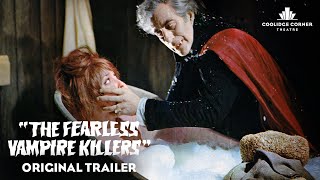 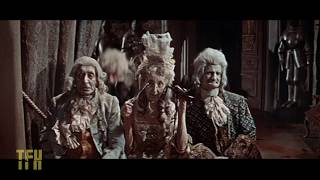 It's the living end, a fancy-dress ball for blood fiends in Count Von Krolock's Transylvanian castle. Surely no mortal would be foolish enough to infiltrate this hemogobbling horror of a soiree. But partygoers notice something in the ballroom mirrors: the reflections of humans - vampire killers - dancing among them.

Director/co-writer Roman Polanski (The Pianist, Rosemary's Baby, Chinatown) spoofs vampire movies with this droll balancing act of shocks and laughs. He also portrays Alfred, mousy apprentice to a doddering researcher of vampirism (Jack MacGowran)...and the lovestruck defender of gorgeous Sarah (Sharon Tate) when the Count (Ferdy Mayne) tries to make her the ghoul of his dreams. It's all fang-tastic fun!

Following the success of REPULSION, THE FEARLESS VAMPIRE KILLERS was Roman Polanski's first big-budget film, a noticeably more upscale and lavish production than any of his previous offerings. Professor Ambronsius (Jack MacGowran), an eccentric old academic specializing in the study of bats, and his bumbling but well-meaning assistant, Alfred (brilliantly played by Polanski himself), travel to a small village in snowbound Transylvania (actually, filming took place in the Italian Alps) that has been plagued by a clan of local vampires. After innkeeper Shagal's comely daughter, Sarah (Sharon Tate), is abducted by Count Von Krolock (Ferdy Mayne), Ambronsius and Alfred venture out to the count's castle to rid the area of its bloodsucking parasites once and for all--a dangerous undertaking indeed, especially since it soon becomes apparent that traditional weapons against the undead are not quite as effective as folklore would have one believe and that attractive young maidens are not the only ones in danger of becoming victims of a vampire' uninvited advances. One of Polanski's most impressive achievements in FEARLESS VAMPIRE KILLERS is presenting viewers with a perfectly executed horror-parody while at the same time maintaining a consistent underlying sense of dread.

In this send-up of Dracula films, a professor and his assistant go to central Europe in search of vampires that terrorize the residents of Slovenia. They meet Count Dracula, who is using an alias, and witness the legions of vampires rising from their coffins. They escape but bring along a girl who has been attacked--and who continues to spread the curse.