8.6K ratings
Currently Out of Stock: We'll get more as soon as possible
Notify Me When Available
Add to Wishlist
Format:  DVD
sku:  LMTB 30201D
Also released as:
Invincible for $9.09
Invincible for $14.39
Our customers love us! 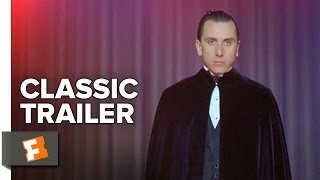 Invincible
INVINCIBLE stars Billy Zane (TITANIC, TOMBSTONE) in an invigorating martial arts fantasy about the ultimate fight of good versus evil! Os (Zane) is a martial arts expert whose life purpose is to train a band of misfits to fight the ultimate evil. Once part of the Shadowmen -- a cult of dark angels who want to destroy the Earth -- Os was shown "the Way" and gave up his immortality to help mankind. Now, Os and his students must take on his former friend, Slate, the ultra-powerful leader of the Shadowmen, in a battle to save the world! Also starring Byron Mann (TV's DARK ANGEL, THE CORRUPTOR) and featuring amazing fight scenes staged by renowned martial arts choreographer Tony Ching -- don't miss this hard-hitting treat!

20%off
Where Eagles Dare
$12 Super Savings
Add to Cart