Angel in a Taxi (English Dubbed) 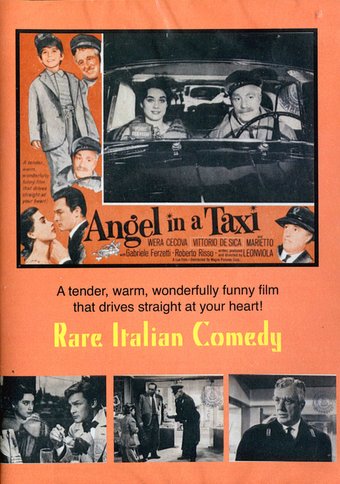 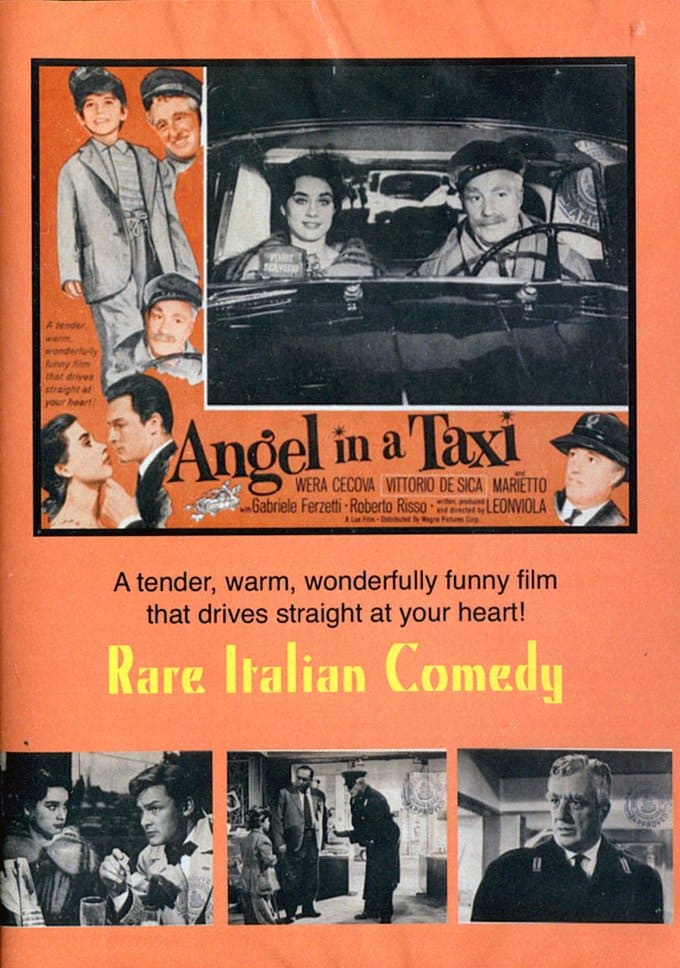 (1958, Italy) 87 min. Directed by Leon Viola. English dubbed version. A tender, warm, wonderfully funny film that drives straight at your heart! Featuring a rare film appearance by the great Italian director Vittorio DeSica. This charming comedy/fantasy in the tradition of "Miracle in Milan" tells the story of a precocious and endearing six-year-old orphan boy, Marietto, who imagines that his lost mother is a ballerina whose picture he saw in a newspaper. When adoptive parents take him home, he runs off and joins acrobats, still harboring the dream of finding his beautiful mother. When he does locate her at the opera, he moves right in with an easy grace that brings Camilla under his spell and her life choices into focus. When Marietto feels rejected and disappears, Camilla's true feelings surface. Guiding Marietto's quest and surprising destiny is an angelic figure played by the great Italian director Vittorio DeSica in three separate roles. First he is a policeman who helps Marietto pay for pastries, then a messenger who suggests he visit the opera where his "mother" is rehearsing, and finally a philosophical taxi driver who reunites Camilla and Marietto while performing a minor miracle.

28%off
Dinner for Schmucks
$6.50 Super Savings
Add to Cart