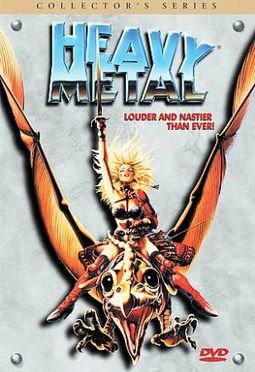 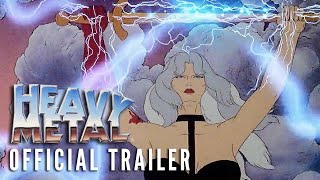 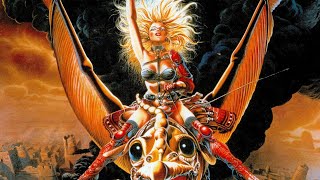 Based on the eponymous underground magazine and original art and stories by Richard Corben, Angus McKie, Dan O'Bannon, Thomas Warkentin and Berni Wrightson, this groundbreaking cult classic served as a crossover introduction for many Americans to the aesthetic conventions associated with Japanese anime. This unique collection of six animated stories are all linked by sequences featuring a fiendish green meteorite that claims to be the cause of evil throughout the world. A combination of science-fiction, fantasy, horror, comedy, and sex against a pulse pounding heavy metal soundtrack with songs by Black Sabbath, Blue Oyster Cult, Cheap Trick, Stevie Nicks, Nazareth and other 80's rock giants. The video contains a three-minute segment that wasn't included in the theatrical version of the film.

This unique collection of six animated stories combines science fiction with fantasy, horror, comedy, sex and rock music.
The segments include "Harry Canyon" and "Den." In the first, a New York City cab driver gets mixed up with a beautiful femme fatale. Although he's become so hardened that he keeps a death ray in his car to kill troublesome riders, he lets his guard down long enough to fall for his latest passenger... and it could cost him his life.
In "Den," a nerdy student travels to another planet and transforms into a macho stud with incredible strength. While fighting villains, beautiful women throw themselves at him.
Other stories in this anthology feature the exploits of a beautiful female warrior, pilots fighting off a creature from another world, and a Pentagon secretary who gets captured by an alien. There's also one off-the-wall segment played purely for comic effect.
The stories are all linked by sequences featuring a fiendish green meteorite that claims to be the cause of evil throughout the world.