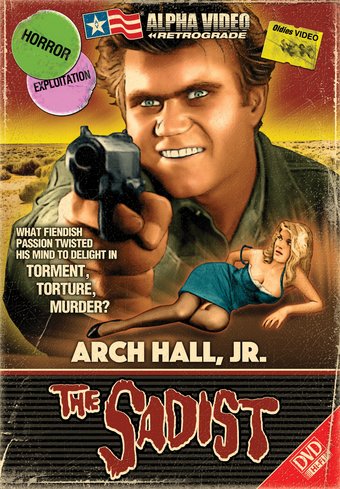 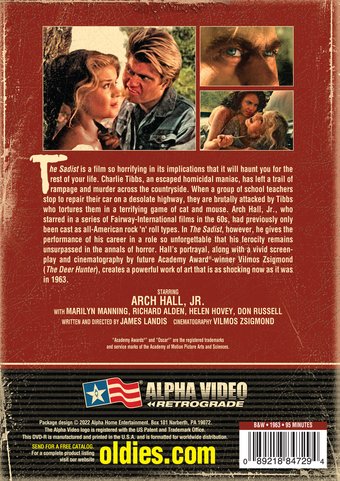 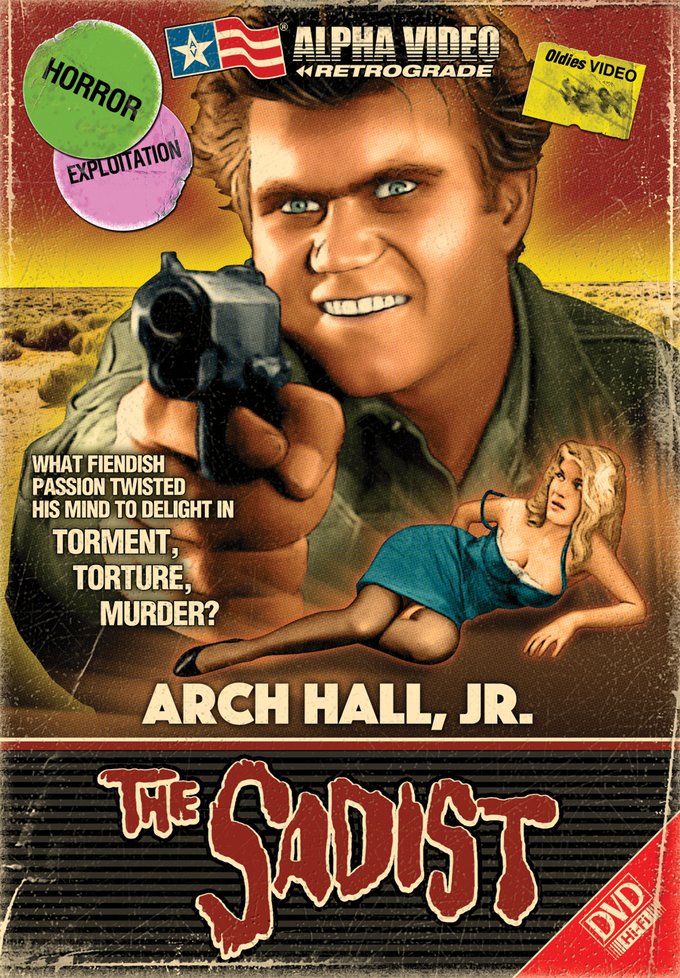 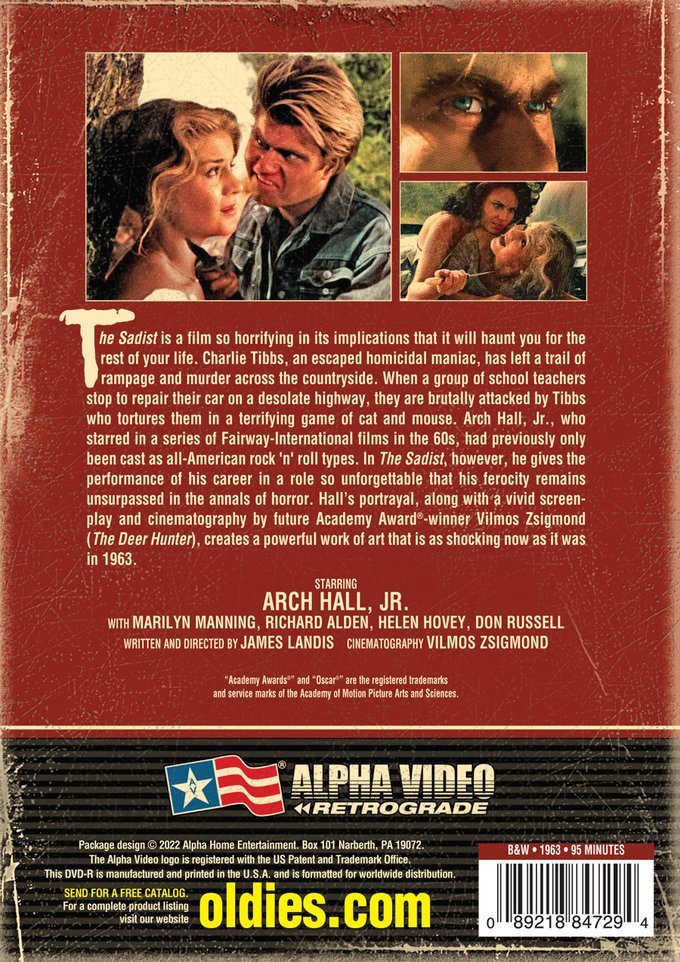 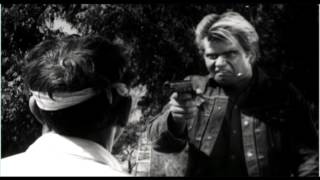 Joe Dante on THE SADIST (Featurette)

The Sadist is a film so horrifying in its implications that it will haunt you for the rest of your life. Charlie Tibbs, an escaped homicidal maniac, has left a trail of rampage and murder across the countryside. When a group of school teachers stop to repair their car on a desolate highway, they are brutally attacked by Tibbs who tortures them in a terrifying game of cat and mouse.

Arch Hall, Jr., who starred in a series of Fairway-International films in the 60s, had previously only been cast as all-American rock 'n' roll types. In The Sadist, however, he gives the performance of his career in a role so unforgettable that his ferocity remains unsurpassed in the annals of horror. Hall's portrayal, along with a vivid screenplay and cinematography by future Academy Award-winner Vilmos Zsigmond (The Deer Hunter), creates a powerful work of art that is as shocking now as it was in 1963.

19%off
Witness for the Prosecution
$16.20 Super Savings
Add to Cart