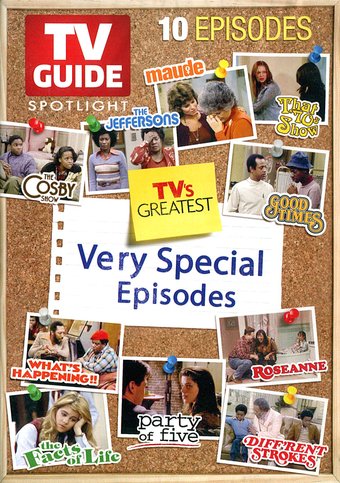 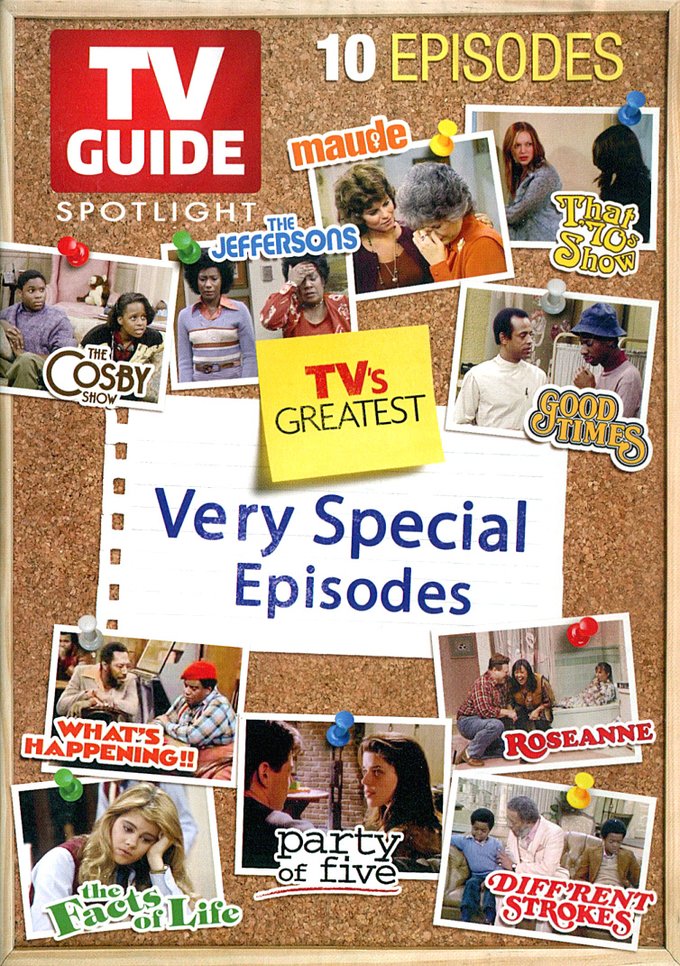 Good Times - "J.J. in Trouble"
J.J. might have given his ex-girlfriend a sexually-transmitted disease.

What's Happening - "Doobie or Not Doobie - Part 1 & 2"
Rerun, Roger, and Dwayne are forced to bootleg a Doobie Brothers concert.

Diff'rent Strokes - "The Adoption - Part 1 & 2"
A junk dealer tries to interfere with the boys' adoption by Mr. Drummond and take their inheritance.

Roseanne - "A Stash From the Past"
Pot is found in David's room.

Party of Five - "Before and After"
Julia is pregnant and considers an abortion.

This release for classic TV lovers offers a collection of ten memorable episodes from the most beloved shows of the 1970s, 1980s and 1990s. Episodes from the following programs are included in this set: MAUDE, THAT 70'S SHOW, THE JEFFERSONS, THE COSBY SHOW, GOOD TIMES, WHAT'S HAPPENING!!, PARTY OF FIVE, THE FACTS OF LIFE, DIFFERENT STROKES and ROSEANNE.