The Crests Sing All Biggies / The Best of The Crests 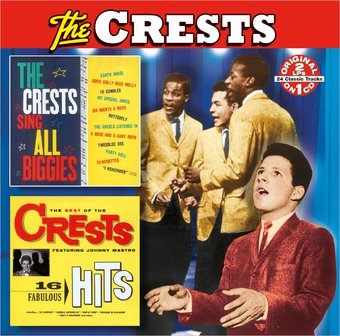 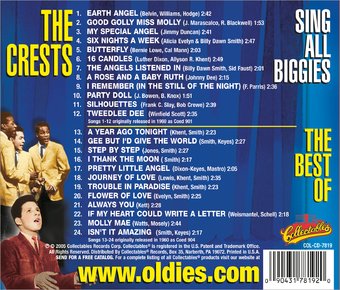 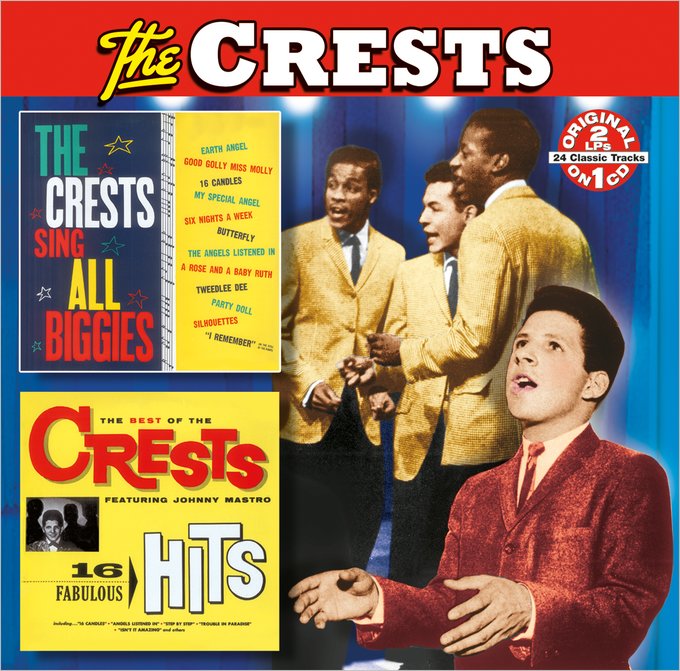 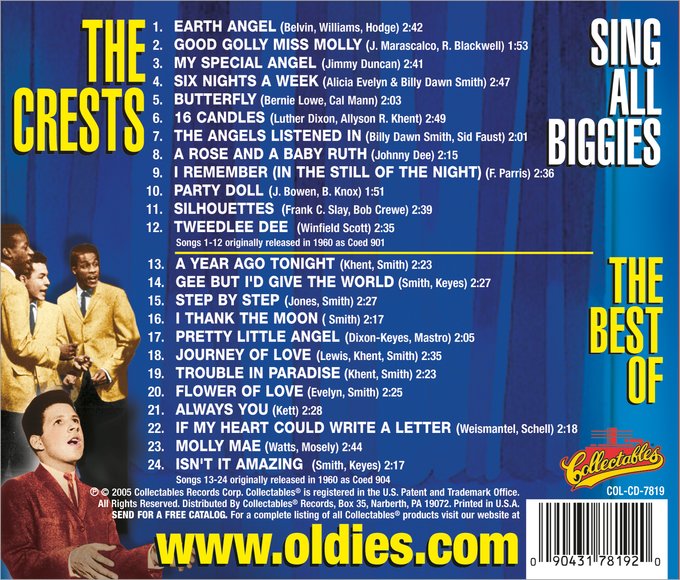 Two fabulous compilations from legendary doo-wop group, The Crests, on one fantastic CD. Both albums were released by Coed in 1960, and feature 32 hits such as "Earth Angel," "16 Candles" and "Step By Step."

The Crests: Johnny Maestro, Tom Gough, Harold Torres, Jay Carter (vocals).
Liner Note Author: Jerry Moss.
The Crests, a integrated group (two African-Americans, a Puerto Rican, and an Italian) from New York's Lower East Side who seemed to specialize in songs about angels and birthday candles throughout their career, were all over the charts in 1959 thanks to the huge success of "16 Candles," and the group's record label, Coed Records, moved quickly to cash in, releasing The Crests Sing All Biggies on LP early in 1960, featuring their big hit plus its follow-up, "The Angels Listened In," and covers of other hits of the day. Later that year a second LP, The Best of the Crests, was released, featuring their singles for the label. Taken together as they appear on this single-disc release from Collectables, the two LPs essentially capture the Crests at their commercial peak, since lead singer Johnny Maestro (John Mastangelo) left for a solo career that same year, and although he was replaced by James Ancrum, neither Maestro nor the Crests ever flew quite so close to the sun again. This two-fer has some classic doo wop material, including "16 Candles," "Six Nights a Week," "Pretty Little Angel," "Trouble in Paradise" (which was actually another song about angels), and "A Year Ago Tonight" (another birthday song, which could have very easily been called "17 Candles") but at 36 tracks might be more than most listeners really need. Rhino's Best of the Crests Featuring Johnny Maestro distills things down to 18 tracks and sticks to the actual single releases, and the result is a much more succinct portrait of this classic vocal group. ~ Steve Leggett

Sing All Biggies / The Best of the Crests Music Lover: Robert Dorries from Kissimmee, FL US -- June, 8, 2009


If you like Jonny Maestro, and the Crests, you'll love this CD. Great sound quality of all the songs you like to hear and play...Can't say anything negative about this CD.