A bevy of beautiful women star in this record of two, vintage burlesque shows from the 1940's. 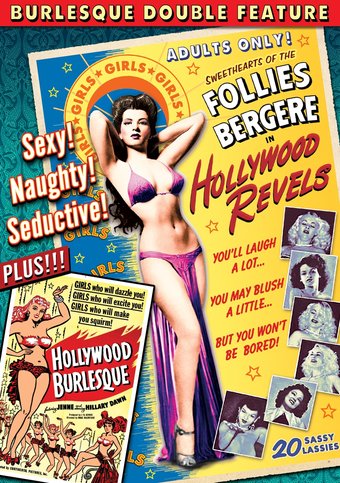 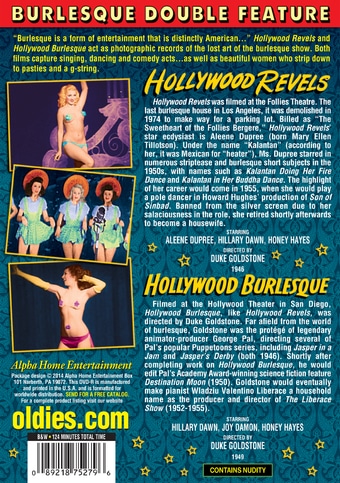 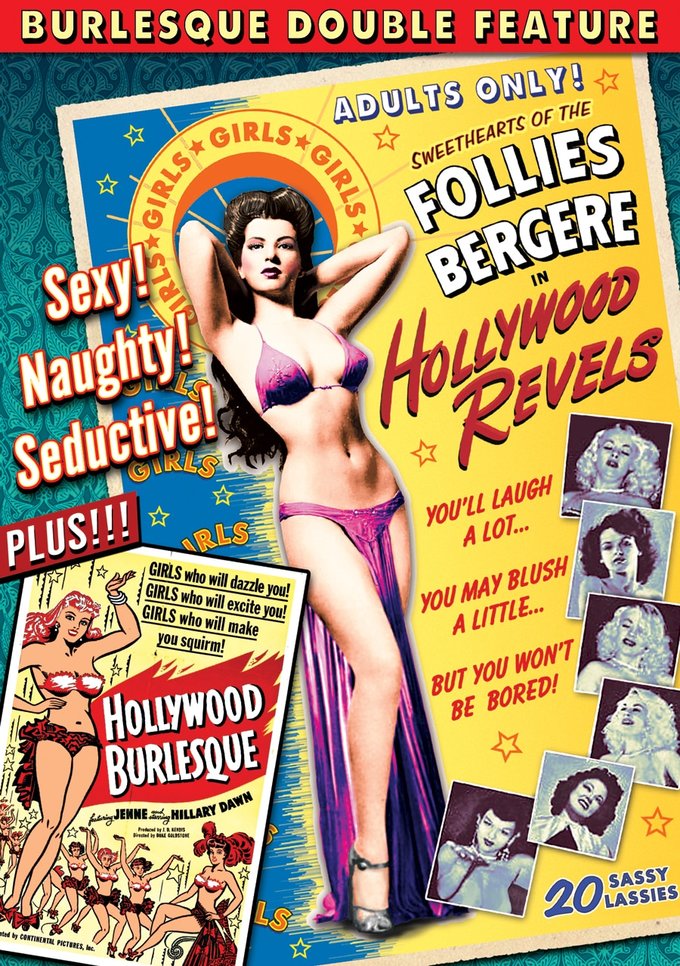 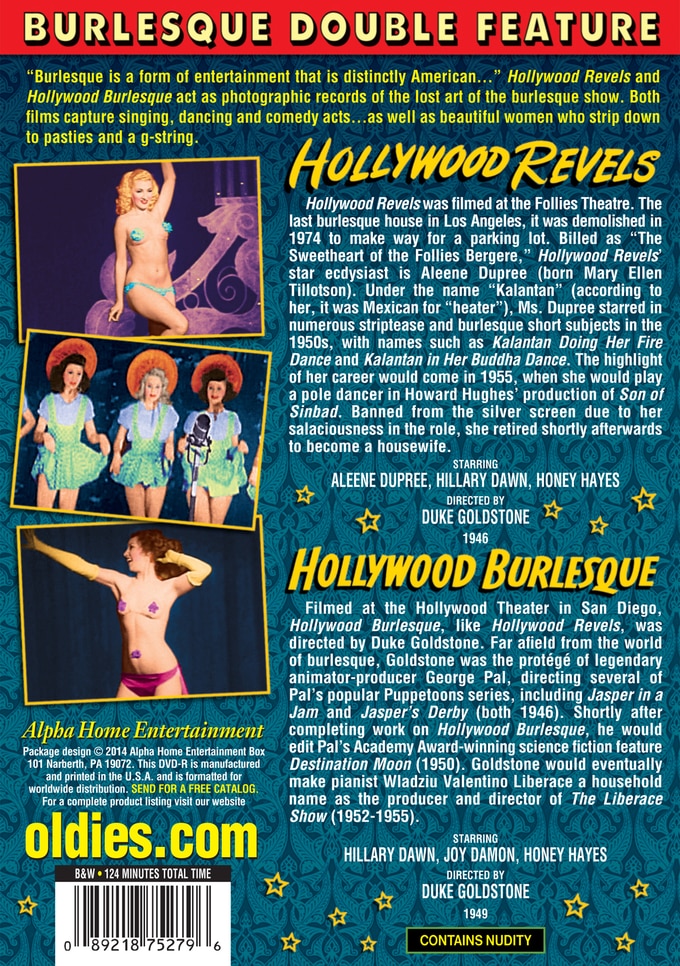 "Burlesque is a form of entertainment that is distinctly American..." Hollywood Revels and Hollywood Burlesque act as photographic records of the lost art of the burlesque show. Both films capture singing, dancing and comedy acts...as well as beautiful women who strip down to pasties and a g-string.

Hollywood Revels (1946): Hollywood Revels was filmed at the Follies Theatre. The last burlesque house in Los Angeles, it was demolished in 1974 to make way for a parking lot. Billed as "The Sweetheart of the Follies Bergere", Hollywood Revels' star ecdysiast is Aleene Dupree (born Mary Ellen Tillotson). Under the name "Kalantan" (according to her, it was Mexican for "heater"), Ms. Dupree starred in numerous striptease and burlesque short subjects in the 1950s, with names such as Kalantan Doing Her Fire Dance and Kalantan in Her Buddha Dance. The highlight of her career would come in 1955, when she would play a pole dancer in Howard Hughes' production of Son of Sinbad. Banned from the silver screen due to her salaciousness in the role, she retired shortly afterwards to become a housewife.

Hollywood Burlesque (1949): Filmed at the Hollywood Theater in in San Diego, Hollywood Burlesque, like Hollywood Revels, was Directed by Duke Goldstone. Far afield from the world of burlesque, Goldstone was the protégé of legendary animator-producer George Pal, directing several of Pal's popular Puppetoons series, including Jasper in a Jam and Jasper's Derby (both 1946). Shortly after completing work on Hollywood Burlesque, he would edit Pal's Academy Award-winning science fiction feature Destination Moon (1950). Goldstone would eventually make pianist Wladziu Valentino Liberace a household name as the producer and director of The Liberace Show (1952-1955). Contains Nudity