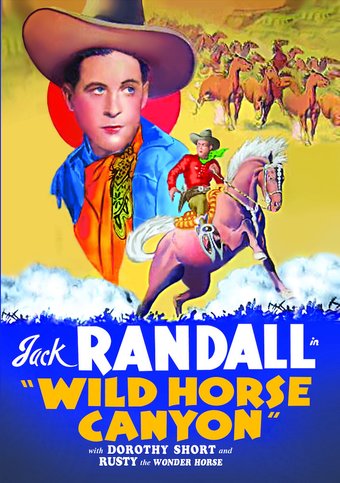 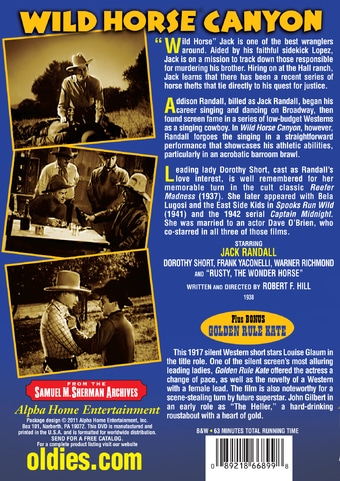 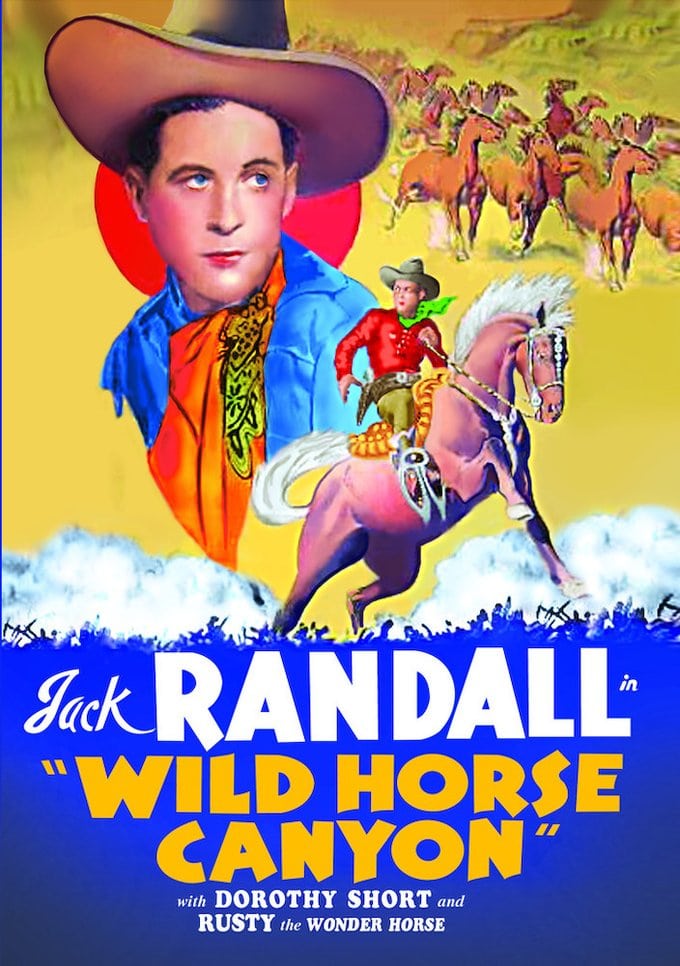 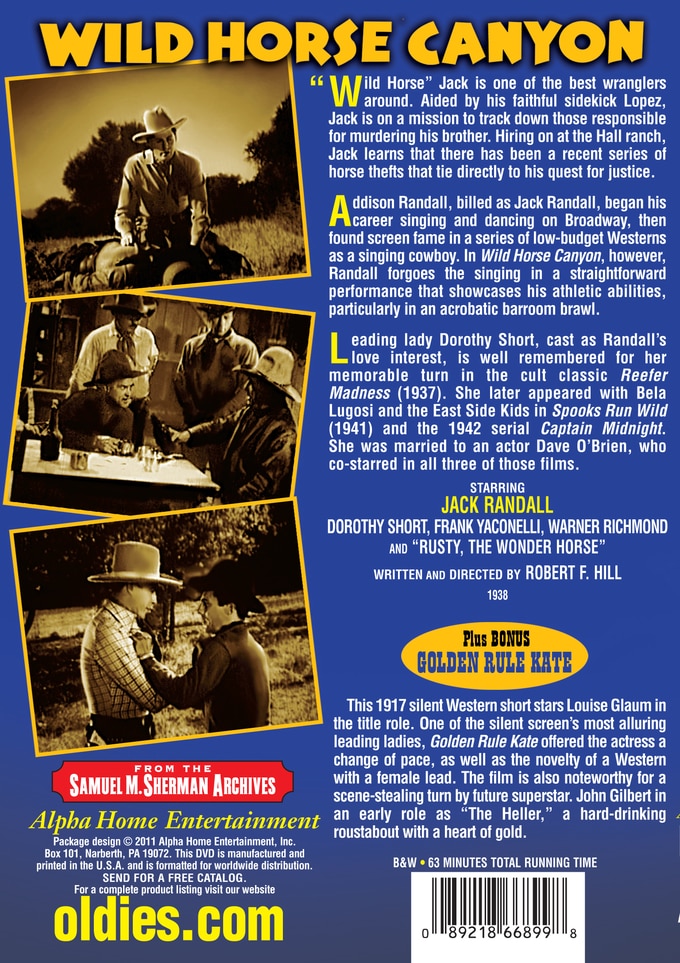 "Wild Horse" Jack is one of the best wranglers around. Aided by his faithful sidekick Lopez, Jack is on a mission to track down those responsible for murdering his brother. Hiring on at the Hall ranch, Jack learns that there has been a recent series of horse thefts that tie directly to his quest for justice.

Addison Randall, billed as Jack Randall, began his career singing and dancing on Broadway, then found screen fame in a series of low-budget Westerns as a singing cowboy. In Wild Horse Canyon, however, Randall forgoes the singing in a straightforward performance that showcases his athletic abilities, particularly in an acrobatic barroom brawl. Leading lady Dorothy Short, cast as Randall's love interest, is well remembered for her memorable turn in the cult classic Reefer Madness (1937). She later appeared with Bela Lugosi and the East Side Kids in Spooks Run Wild (1941) and the 1942 serial Captain Midnight.She was married to an actor Dave O'Brien, who co-starred in all three of those films.

Bonus: Golden Rule Kate: This 1917 silent Western short stars Louise Glaum in the title role. One of the silent screen's most alluring leading ladies, Golden Rule Kate offered the actress a change of pace, as well as the novelty of a Western with a female lead. The film is also noteworthy for a scene-stealing turn by future superstar. John Gilbert in an early role as "The Heller," a hard-drinking roustabout with a heart of gold.

Amazingly, this Jack Randall series Western from Monogram was almost a remake of Randall's previous effort, MEXICALI KID. Both films were written by the series' line producer, Robert Emmett Tansey, and both starred Randall as a cowboy searching for his brother's killer. As in MEXICALI KID, Randall seeks refuge at a Western ranch where he reveals the foreman (Warner Richmond in this instance) to be the head of a gang of rustlers. Richmond, who is in cahoots with the rancher's son (Dennis Moore), naturally proves to be the same villain who killed Jack's brother. Jack sets a trap for the gang and Moore turns heroic just in time to be mortally wounded by his boss. Rotund Frank Yaconelli played Randall's sidekick and pert ingénue Dorothy Short (of REEFER MADNESS fame) provided feminine appeal as Moore's innocent sister. Launched by Monogram as a singing cowboy in 1937, Randall's vocal abilities were soundly trashed by the critics and his later films were devoid of musical interludes. By 1939, the series was running on empty and Randall's follow-up to MEXICALI KID and WILD HORSE CANYON, TRIGGER SMITH (1939), trotted out the revenge story for an astonishing third time in a row, a record even for Monogram and Robert Emmett Tansey.

25%off
The Range Busters: Trailing Double Trouble (DVD)
$5.95 on Sale
Add to Cart