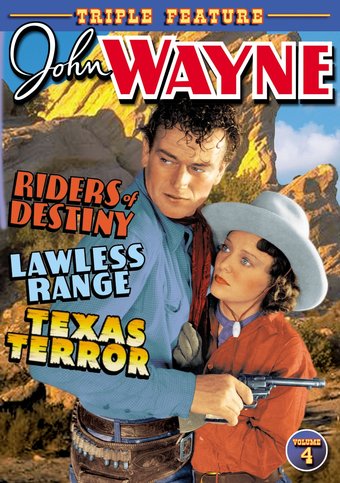 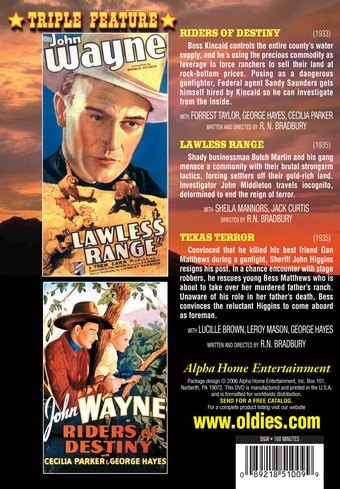 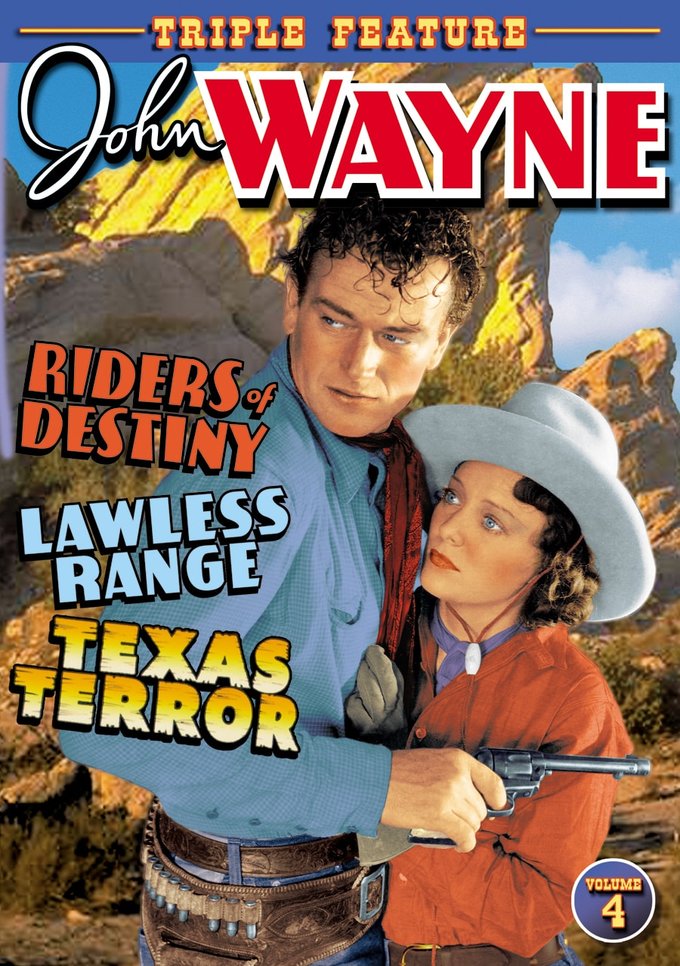 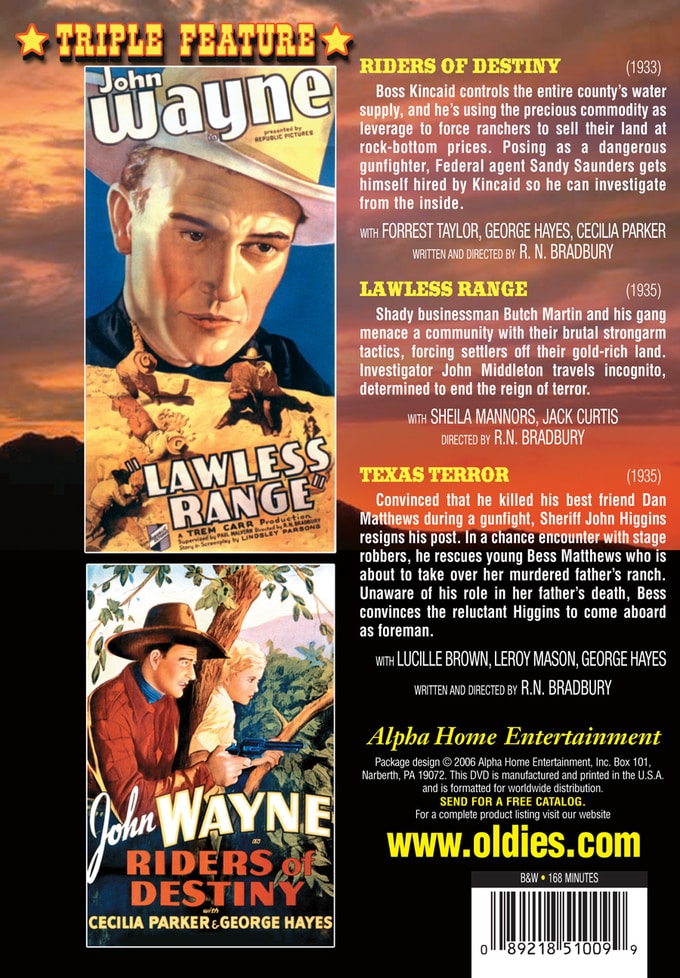 Riders Of Destiny (1933): Boss Kincaid controls the entire county's water supply, and he's using the precious commodity as leverage to force ranchers to sell their land at rock-bottom prices. Posing as a dangerous gunfighter, Federal agent Sandy Saunders gets himself hired by Kincaid so he can investigate from the inside. With Forrest Taylor, George Hayes and Cecilia Parker; Written and Directed by R. N. Bradbury.

Texas Terror (1935): Convinced that he killed his best friend Dan Matthews during a gunfight, Sheriff John Higgins resigns his post. In a chance encounter with stage robbers, he rescues young Bess Matthews who is about to take over her murdered father's ranch. Unaware of his role in her father's death, Bess convinces the reluctant Higgins to come aboard as foreman. With Lucille Brown, Leroy Mason and George Hayes; Written and Directed by R.N. Bradbury.

RIDERS OF DESTINY: John Wayne is a Secret Service agent sent on a mission to help ranchers whose water supply is threatened by a gang of crooks.

LAWLESS RANGE: Wayne travels to the Pequeno Valley to investigate a series of violent raids that have occurred there. He is captured, and struggles to escape in time to save a group of ranchers.

TEXAS TERROR: Sheriff Wayne quits his job when he believes that he has accidentally killed his friend. To make amends, he decides to help his friend's daughter by becoming the foreman of her ranch.