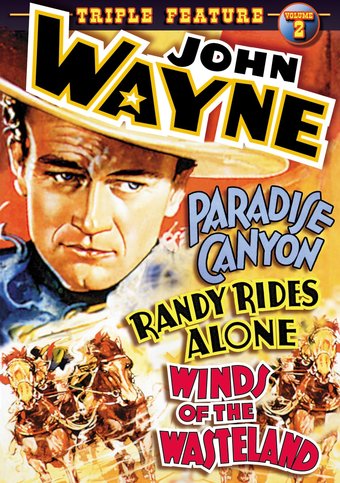 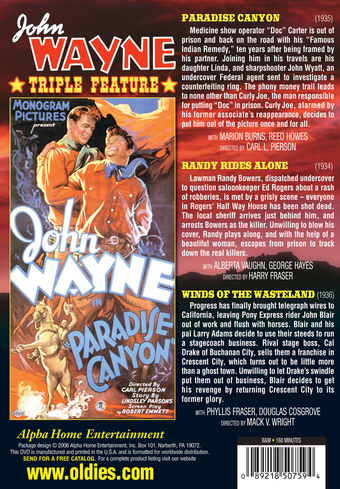 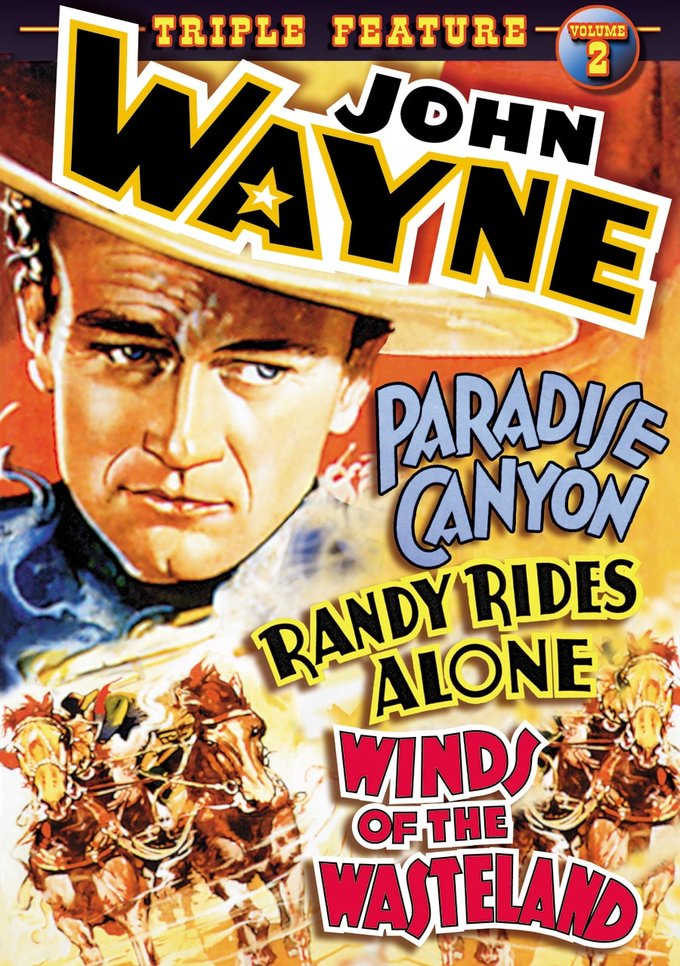 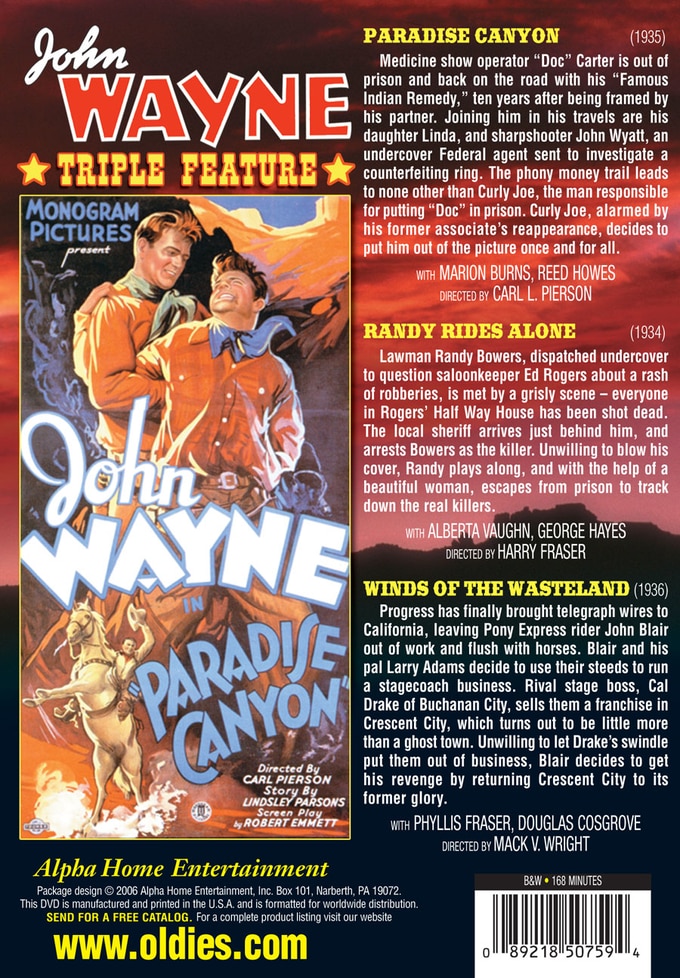 Paradise Canyon (1935): Medicine show operator "Doc" Carter is out of prison and back on the road with his "Famous Indian Remedy," ten years after being framed by his partner. Joining him in his travels are his daughter Linda, and sharpshooter John Wyatt, an undercover Federal agent sent to investigate a counterfeiting ring. The phony money trail leads to none other than Curly Joe, the man responsible for putting "Doc" in prison. Curly Joe, alarmed by his former associate's reappearance, decides to put him out of the picture once and for all. With Marion Burns, Reed Howes; Directed by Carl L. Pierson.

Randy Rides Alone (1934): Lawman Randy Bowers, dispatched undercover to question saloonkeeper Ed Rogers about a rash of robberies, is met by a grisly scene - everyone in Rogers' Half Way House has been shot dead. The local sheriff arrives just behind him, and arrests Bowers as the killer. Unwilling to blow his cover, Randy plays along, and with the help of a beautiful woman, escapes from prison to track down the real killers. With Alberta Vaughn, George Hayes; Directed by Harry Fraser.

Winds Of The Wasteland (1936): Progress has finally brought telegraph wires to California, leaving Pony Express rider John Blair out of work and flush with horses. Blair and his pal Larry Adams decide to use their steeds to run a stagecoach business. Rival stage boss, Cal Drake of Buchanan City, sells them a franchise in Crescent City, which turns out to be little more than a ghost town. Unwilling to let Drake's swindle put them out of business, Blair decides to get his revenge by returning Crescent City to its former glory. With Phyllis Fraser, Douglas Cosgrove; Directed by Mack V. Wright

PARADISE CANYON: John Wayne plays the role of a government Secret Service agent who is assigned the task of smashing a counterfeiting ring operating near the Mexican border. When he catches the crooks, he discovers that their hideout is in a hidden underground cavern.

RANDY RIDES ALONE: After Wayne enters a saloon filled with murdered patrons, he finds himself accused of being the killer. In a brave attempt to prove his innocence, he sets a trap for the real criminals and comes up against a hunchback known as "Matt the Mute."

WINDS OF THE WASTELAND: This early western (1936) stars Wayne as one of two rugged Westerners with little business experience who buy a stagecoach line to compete with the arrival of the telegraph. Jon Blair (John Wayne) and Larry Adams (Lane Chandler) must obtain the mail delivery contract in order to continue their days with the Pony Express, but face many obstacles along the way from crooks trying to undermine them.