When The West Was Young 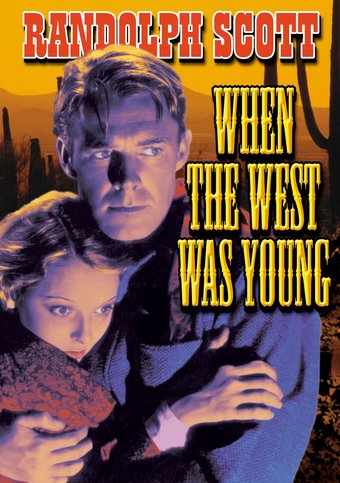 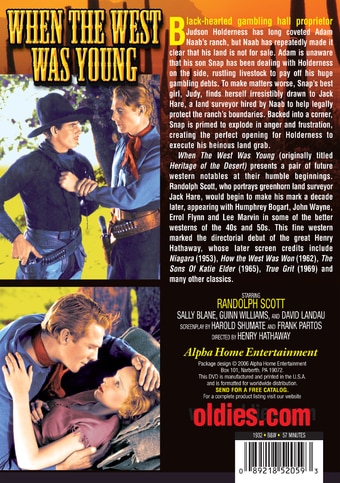 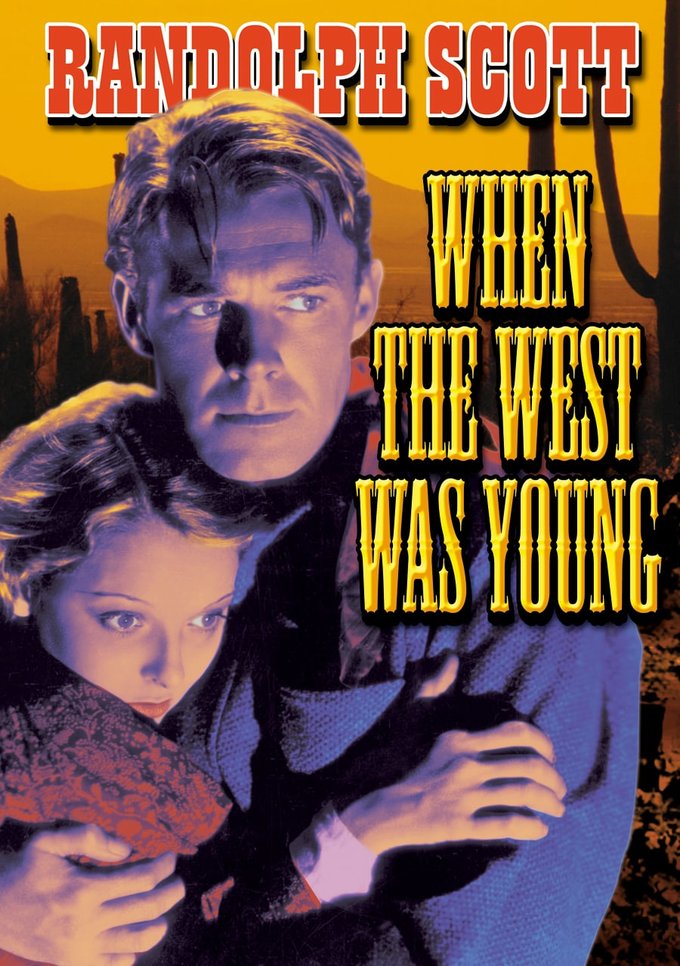 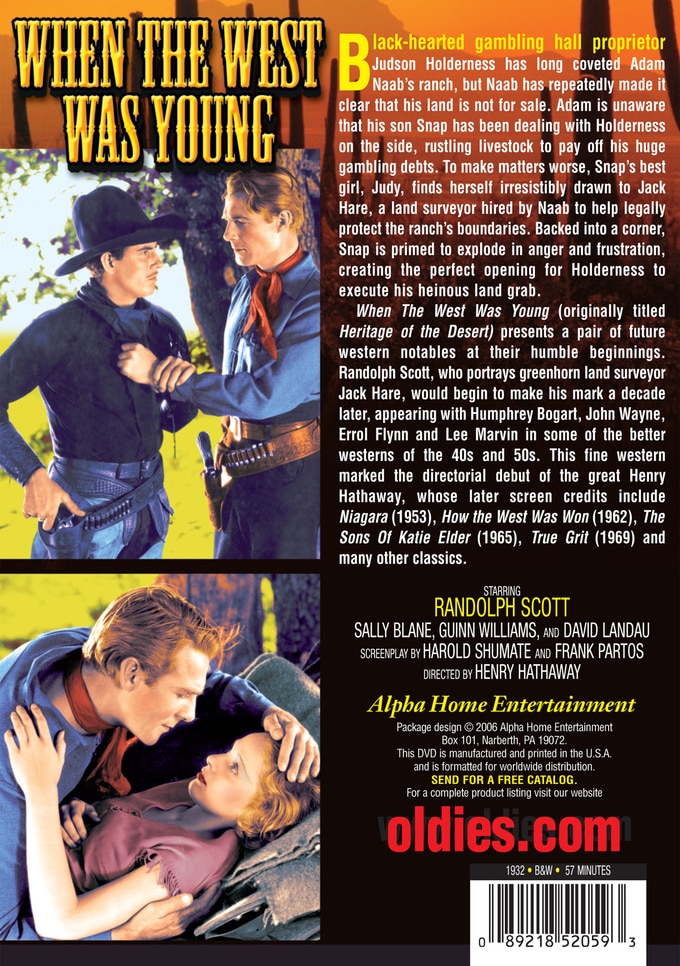 Black-hearted gambling hall proprietor Judson Holderness has long coveted Adam Naab's ranch, but Naab has repeatedly made it clear that his land is not for sale. Adam is unaware that his son Snap has been dealing with Holderness on the side, rustling livestock to pay off his huge gambling debts. To make matters worse, Snap's best girl, Judy, finds herself irresistibly drawn to Jack Hare, a land surveyor hired by Naab to help legally protect the ranch's boundaries. Backed into a corner, Snap is primed to explode in anger and frustration, creating the perfect opening for Holderness to execute his heinous land grab.

When The West Was Young (originally titled Heritage of the Desert) presents a pair of future western notables at their humble beginnings. Randolph Scott, who portrays greenhorn land surveyor Jack Hare, would begin to make his mark a decade later, appearing with Humphrey Bogart, John Wayne, Errol Flynn and Lee Marvin in some of the better westerns of the 40s and 50s. This fine western marked the directorial debut of the great Henry Hathaway, whose later screen credits include Niagara (1953), How the West Was Won (1962), The Sons Of Katie Elder (1965), True Grit (1969) and many other classics.

Henry Hathaway's first directorial effort has a young Randolph Scott playing surveyor Jack Hare who goes out west to help a friend protect his land from a conniving land baron.

Scams And Cons | Vintage
This product is made-on-demand by the manufacturer using DVD-R recordable media. Almost all DVD players can play DVD-Rs (except for some older models made before 2000) - please consult your owner's manual for formats compatible with your player. These DVD-Rs may not play on all computers or DVD player/recorders. To address this, the manufacturer recommends viewing this product on a DVD player that does not have recording capability.