You're a mean one, Mr. Grinch 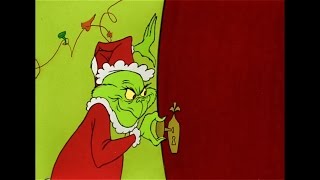 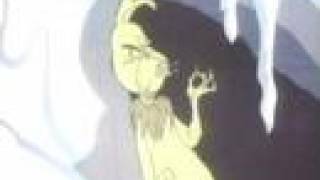 How The Grinch Stole Christmas - Trailer

With the talents of Chuck Jones, Boris Karloff, and Dr. Seuss combined, there was almost no way this could be anything but an instant classic. Watched regularly every holiday season and beloved by children and cynical adults alike, this animated gem is just that and more. Boris Karloff narrates and stars as the odious Mr. Grinch, the sinister green monster who plots to steal all the Christmas presents in the town of Whoville. All goes well with his dastardly plan until little Cindy Loo Who (who was no more than two) gums up the works with her innocent Christmas spirit. Jones directed, with Karloff supplying the sweetly sinister narration and voice of the Grinch. The story is from the book by Dr. Seuss. Thurl Ravenscroft (of "Tony the Tiger" breakfast commercial fame) provides the memorable bass singing voice for the tune "You're a Mean One, Mister Grinch." Filled with close attention to comic detail, memorable characterizations, and delightful wordplay, this is essential holiday viewing for the whole family.

The animation talent of Chuck Jones combined with the delightful prose of the great Dr. Seuss results in a Christmas cartoon classic that will make even the most resolute cynic warm to its sneaky holiday message. Horror icon Boris Karloff supplies the voice of the Grinch, who plans on spitefully ruining Christmas for the town of Whoville by stealing all the presents. It's great, mischievous fun plotting along with this diabolical humbug, and ultimately moving as he warms to the spirit of Christmas.

17%off
Frosty The Snowman
Frosty the Snowman (DVD)
$12.50 Super Savings
Add to Cart

Madonna
Holiday / I Know It
$5
Add to Cart