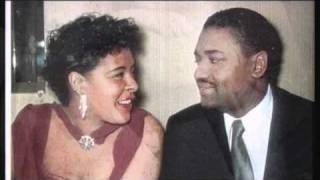 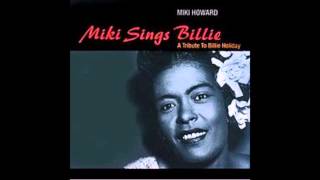 Miki Howard What A Little Moonlight Can Do (Music Video)

Vibe - 12/93-1/94, p.164
"...what makes [MIKI SINGS BILLIE] an artistic success and not just a gimmick is that Miki lets loose with an airtight big band...Miki is commendably unafraid to turn a familiar set of standards into a soul serenade...the sister sounds more at home here..."

Personnel includes: Miki Howard (vocals), Grant Geissman (guitar), Jeffrey Collela (piano), Kevin Brandon (bass), Raymond Pounds (drums).
Recorded at Capitol Studios, Studio 56 and Signet Sound in Los Angeles, California.
Miki Howard tries her hand at jazz repertory with this Billie Holiday tribute album. Howard was smart enough to sing the songs in her own style rather than try to emulate Holiday. Howard mostly scores on this disc, turning in fine, sometimes triumphant performances on "Solitude," "My Man" and "Don't Explain." Only on "Strange Fruit" does she miss the boat; she's too mannered and pristine on a brutally painful number. In addition, the label made this the ninth, rather than last, track on the disc. The bemused, ironic qualities of "I Want To Be Your Mother's Son-In-Law" seem out-of-place following a tune about vicious inhumanity. But those two decisions aside, Miki Howard has given Billie Holiday a solid tribute and ably displayed her own skills in the process. ~ Ron Wynn