History of Rock For Lovers Only, Volume 1
by Various Artists 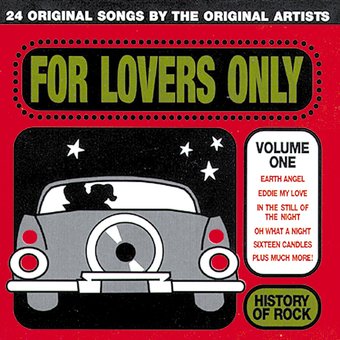 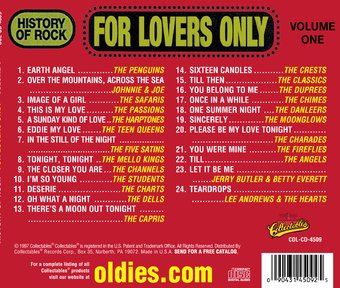 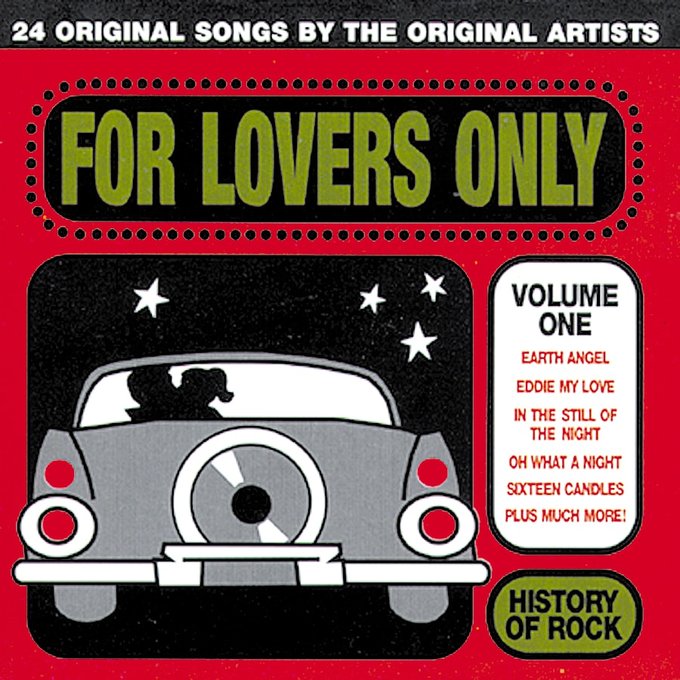 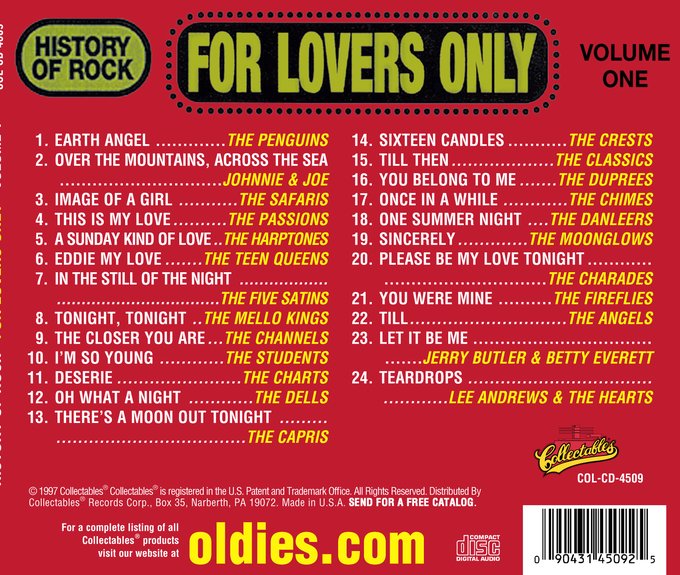 Some of the great Rock love songs included in this great compilation are "Earth Angel" by The Penguins, "In The Still of The Night" by The Five Satins, "Sixteen Candles" by The Crests, "Eddie My Love" by The Teen Queens, and "Oh What A Night" by The Dells.

Collectables four-volume For Lovers Only series is an enjoyable, if unexceptional, set that collects some of the most romantic pop, R&B, and doo wop singles from the late '50s and early '60s. Somewhat confusingly, it came in two different versions. There's a "general" version, and then there is a version of the set that is presented as if the play list of New York's WCBS dictated the selections. However, there is no difference between the corresponding volumes. WCBS' first volume, just like the first volume of the general set, contains 24 selections. They include the Penguins' "Earth Angel," the Harptones' "A Sunday Kind of Love," the Five Satins' "In the Still of the Night," the Moonglows' "Sincerely," the Capris' "There's a Moon Out Tonight," and the Crests' "Sixteen Candles." It provides a good balance between well-known hits and regional obscurities, but it isn't a definitive look at the era. However, it fits the purpose alluded to in the title just fine. ~ Andy Kellman