History of Rock For Lovers Only, Volume 3 (Limited)
by Various Artists 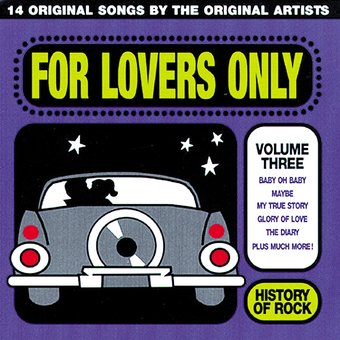 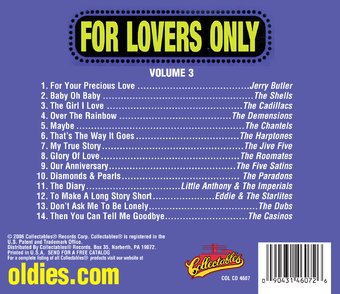 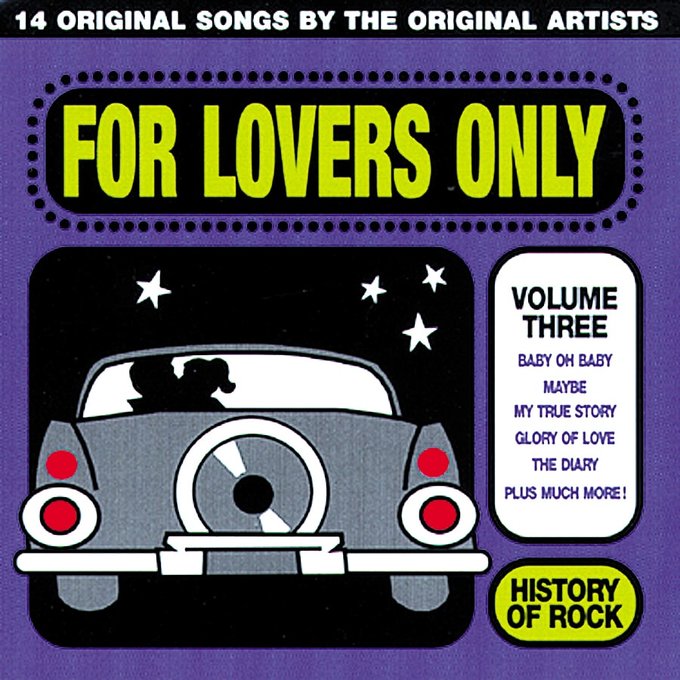 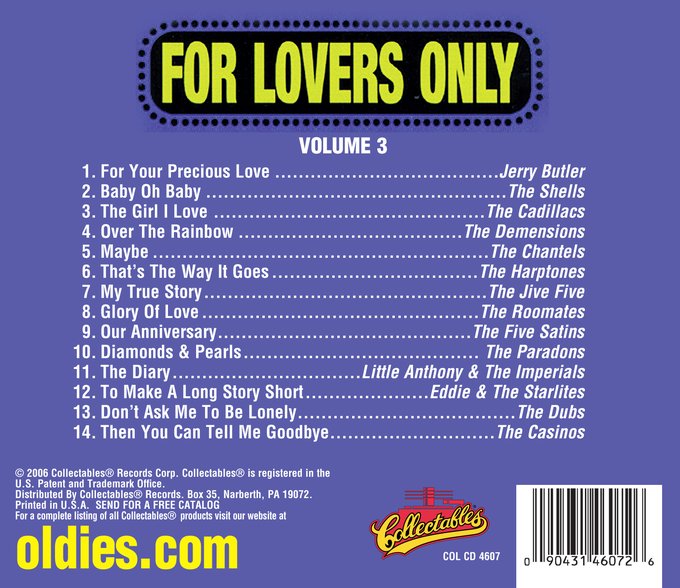 Now out-of-print. Available while supplies last. We've collected some of the greatest Rock and Doo Wop love songs together on this disc. Included among these fourteen tracks are "Our Anniversary" by the Five Satins, "The Diary" by Little Anthony & The Imperials, and "The Glory of Love" by the Roommates.

Full title: WCBS FM-101 History Of Rock: For Lovers Only Vol. 3.
Performers include: Jerry Butler, The Five Satins, The Dubs, The Harptones.
Collectables' four-volume For Lovers Only series is an enjoyable, if unexceptional, set that collects some of the most romantic pop, R&B, and doo wop singles from the late '50s and early '60s. Somewhat confusingly, it came in two different versions. There's a "general" version, and then there is a version of the set that is presented as if the play list of New York's WCBS dictated the selections. However, there is no difference between the corresponding volumes. WCBS' third volume, just like the third volume of the general set, contains 14 selections. They include Jerry Butler's "For Your Precious Love," the Jive Five's "My True Story," the Paradons' "Diamonds and Pearls," the Harptones' "That's the Way It Goes," the Roomates' "Glory of Love," and the Chantels' "Maybe." It provides a good balance between well-known hits and regional obscurities, but it isn't a definitive look at the era. However, it fits the purpose alluded to in the title just fine. ~ Andy Kellman