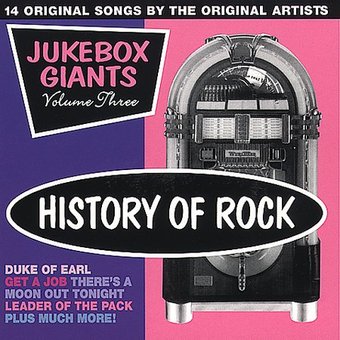 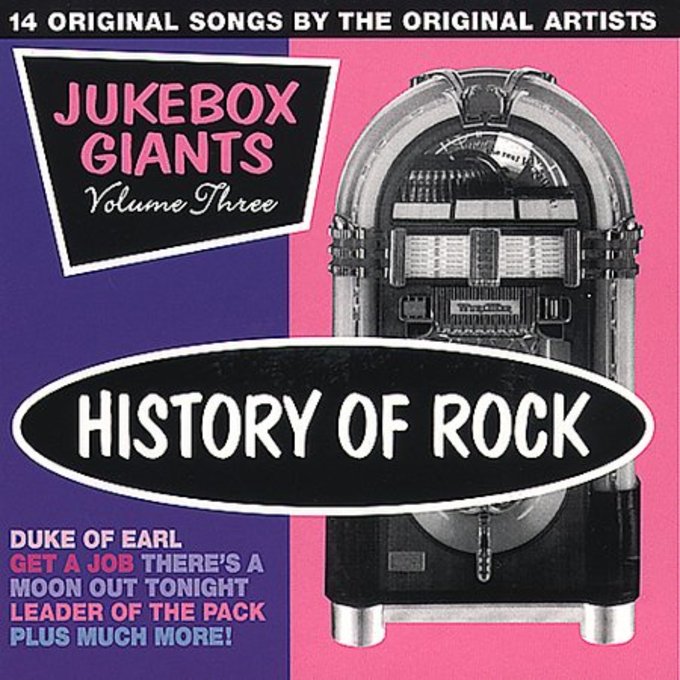 Even more great hits compiled together including "Get A Job" by The Silhouettes, "Leader Of The Pack" by The Shangri-Las, "There's A Moon Out Tonight" by The Capris and more!

Performers include: The Olympics, Gene Chandler, Jan & Dean, Shangri-Las, The Silhouettes, The Box Tops.
Contains 14 tracks.
Several installments in Collectables' Jukebox Giants series have the appearance of catering toward play lists of specific oldies stations across the States. Boston's WODS and Philadelphia's WOGL each have three volumes in the series, and then another three "general" volumes aren't tied to any particular station. They are no different than the three volumes dedicated to New York City's WCBS. In other words, the third WODS volume, the third WOGL volume, the second general volume, and this disc are exactly the same, offering the same 14 songs. The third volume features the Silhouettes' "Get a Job," Bruce Channel's "Hey Baby," the Shangri-Las' "Leader of the Pack," the Casinos' "Then You Can Tell Me Goodbye," Dee Clark's "Raindrops," and Climax's "Precious and Few." ~ Andy Kellman