The Doors The Future Starts Here: The Essential Doors Hits 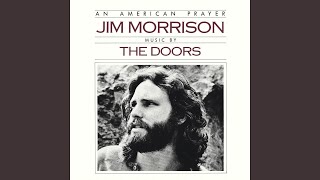 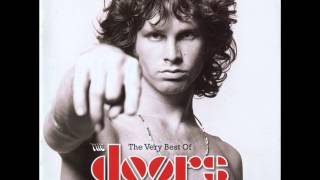 The Doors - Touch Me (Music Video)

The Doors: Jim Morrison (vocals); Robby Krieger (guitar); Ray Manzarek (piano, organ); John Densmore (drums).
The Doors have long been ensconced in the pantheon of rock immortals, and their moody, literate, psychedelic rock still proves an alluring listening experience decades after the band's dissolution. From Ray Manzarek's swirling, carnivalesque keyboards to Robby Krieger's wiry guitar work to Jim Morrison's evocatively poetic lyrics and baritone croon, the Doors have an utterly distinctive sound that recalls the darker side of the 1960s while still sounding fresh today.
THE FUTURE STARTS HERE provides a lot of overlap with previously released best-of sets in that it features all the band's essential tracks, including "Light My Fire," "Break On Through," "Riders on the Storm," and "Roadhouse Blues," among others. But at 20 tracks FUTURE can afford to throw in some lesser-known cuts, and with the inclusion of gems such as "Moonlight Drive," "Peace Frog," and "Alabama Song (Whiskey Bar)," it's here that this compilation earns its stripes. For a set that covers all the necessary bases and then some, this is an ideal choice.