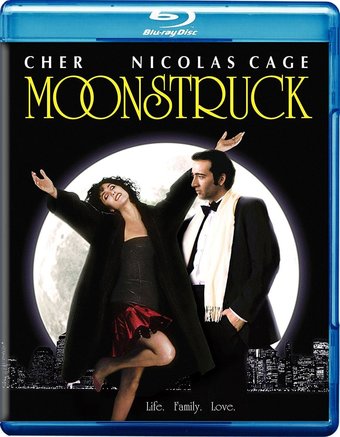 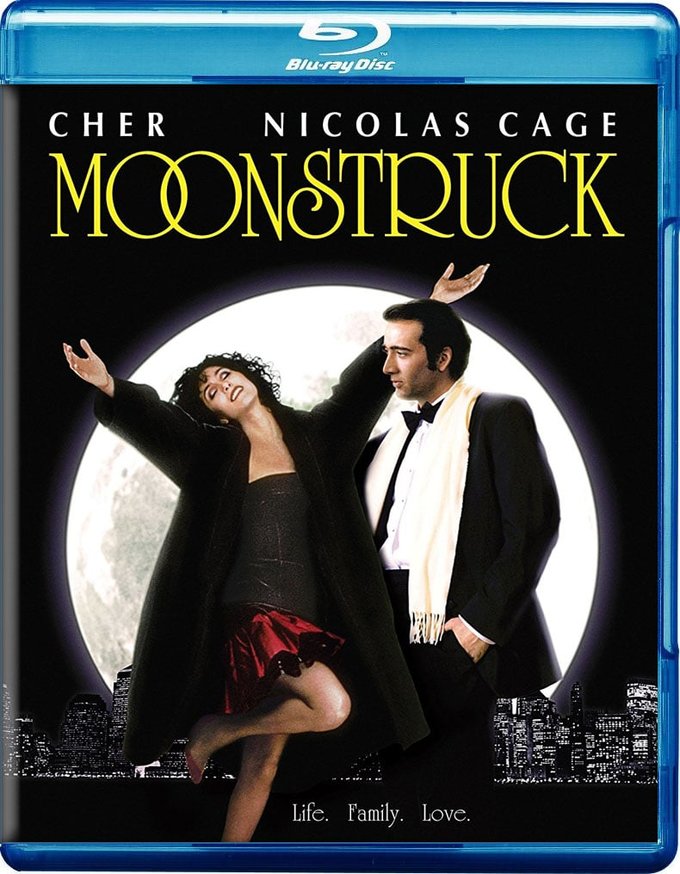 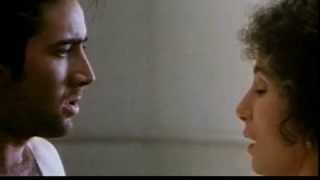 In this glowingly atmospheric comedy, a young Italian-American woman, bitter after having been widowed by a speeding bus, makes a practical decision to marry a longtime friend for stability and security, even though her feelings for him are tepid at best. But when she falls in love with her fiance's estranged one-handed younger brother, screwball sparks fly. Great, subtle performances and a warm regard for the film's Bronx milieu highlight the film. Academy Award Nominations: 6, including Best Picture, Best Director. Academy Awards: 3, including Best Actress--Cher, Best Supporting Actress--Olympia Dukakis, and Best Original Screenplay.

Under the magic of the full moon, an Italian-American family tries to sort out their romantic entanglements and find happiness.
Tired of being single, and longing for security, widow Loretta Castorini agrees to marry Johnny Cammareri, a man she admittedly doesn't love. While he visits his dying mother in Sicily, she visits his estranged brother Ronny in order to invite him to the wedding, and, much to her surprise, finds herself deeply attracted to him. Loretta's parents have equally complex romantic lives; her father is involved in a long-term affair, while her mother is avidly pursued by a college professor.
Will they all be able to take a chance on love again'