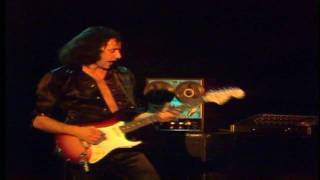 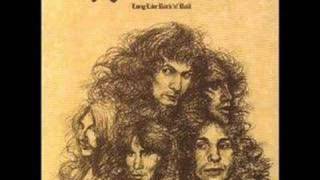 Rainbow includes: Ronnie James Dio (vocals); Ritchie Blackmore (guitar).
All tracks have been digitally remastered.
Rainbow includes: Ronnie James Dio (vocals); Ritchie Blackmore (guitar).
Personnel: Shoshana, Ronnie James Dio (vocals); Ritchie Blackmore (guitar); Micky Lee Soule (piano, Clavinet, organ, Mellotron, keyboards); Craig Gruber (bass guitar); Gary Driscoll (drums).
Audio Mixer: Martin Birch.
Recording information: Musicland Studios, Munich, Germany (02/20/1975-03/14/1975).
After British maestro guitarist Ritchie Blackmore left Deep Purple in 1974, he recruited Purple Records signees Elf as his backing band. And although Rainbow's 1975 debut was only a hint of future greatness, the album more than holds its own.
Elf was led by dramatic metal vocalist Ronnie James Dio, who seemed to connect with Blackmore in quite a chemical fashion. "Man on the Silver Mountain" is prime material, as is the six-minute blues-metal classic "Catch the Rainbow." Dio's shining vocals, shown to great effect here, have been emulated by hard rock vocalists throughout the years. "The Temple of the King" is another highlight, showcasing Blackmore's emotional guitar licks. "Sixteenth Century Greensleeves" is the group's ode to medieval times. "Still I'm Sad" is an instrumental jam that closes the album. Blackmore's fretwork, while speedy, comes from the heart. Although Rainbow's incarnations would change through the years, the drive and energy of the original lineup holds a special place in hard rock history. A worthy purchase for the connoisseurs of the genre.

Rainbow
Straight Between the Eyes
$12.20 CD Sale
Add to Cart

Customer Rating:
Based on 93 ratings.


A good first album not remastered this is Rainbow at their rawest.It includes 2 soft numbers which were going to be released as hits.

Blue Cheer
Good Times Are So Hard to Find: The History of Blue Cheer (CD)
$12.10 CD Sale
Add to Cart

Rainbow
Since You Been Gone: The Essential Rainbow (3-CD)
$11.20 CD Sale
Add to Cart