Commander Cody Lost in the Ozone 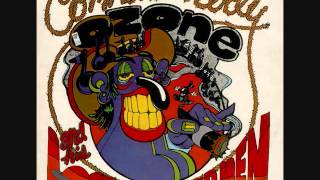 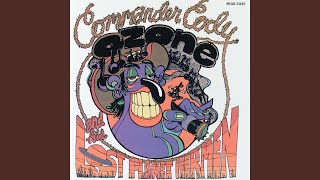 Personnel: Commander Cody and His Lost Planet Airmen (vocals, piano); Bill Kirchen (vocals, guitar, trombone); John Tichy (vocals, guitar); Billy C. Farlow (vocals, harp, harmonica); George Frayne (vocals, keyboards); Lance Dickerson (vocals, drums); Bruce Barlow (vocals); West Virginia Creeper (steel guitar); Andy Stein (violin, fiddle, saxophone).
Audio Mixer: Phil Sawyer.
Recording information: Ann Arbor, MI; Long Branch Saloon, Berkeley, CA; New Monk, Berkeley, CA; Pacific High Recording Studio, San Francisco, CA.
This was the debut album by Commander Cody and His Lost Planet Airmen. LOST IN THE OZONE was released in 1971, after the band moved to San Francisco from Michigan. The group's mix of Western swing, country, rockabilly, and novelty songs was not typical of the Haight-Ashbury music scene. In retrospect, this album, with its earthy mix of assorted genres culled from the early days of rock & roll, seems to have been ahead of its time. They only other Bay Area band similar to them at the time was the New Riders of the Purple Sage, but that group had more of a country-inflected sound.
On LOST IN THE OZONE, this outfit rollicks in the best possible ways. They sometimes sound like they're on the verge of tipping over ("Wine Do Yer Stuff"), while other times come across as achingly earnest ("Daddy's Gonna Treat You Right"). "Hot Rod Lincoln" became a hit for Commander Cody and His Lost Planet Airmen and helped put them on the map. This album and its three successors (recorded with the original lineup) are all examples of top-notch American roots music.

Commander Cody
From the Front Row Live
$5
Add to Cart