Lucy and Desi: A Home Movie 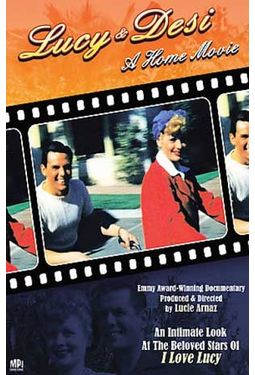 Desi and Lucy's daughter, Lucie Arnaz, hosts this emotional and honest glimpse at the extraordinary lives of her world-famous parents, highlighted by never-before-seen color family movies along with insightful interviews from family members, business associates and celebrity friends such as Bob Hope. Winner of the Emmy Award for Outstanding Informational Special, LUCY & DESI: A HOME MOVIE is a sensitive and absorbing documentary that details the circumstances which brought the immortal twosome together and ultimately drove them apart.

An intimate, behind-the-scenes look at the most influential couple in television history, Lucille Ball and Desi Arnaz. Hosted by their daughter, Lucie Arnaz.

25%off
Sex Education Films from World War II
$5.95 on Sale
Add to Cart