The Jewel of the Nile PG

They're back again...and romancing a brand new stone. 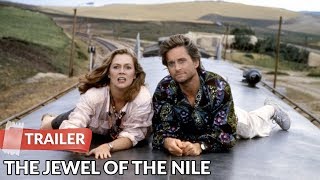 In this sequel to ROMANCING THE STONE, Joan is kidnapped by a handsome Arab political leader, and it's up to Jack to rescue her. His efforts are further complicated by the fact that he is also being pursued by an angry former partner.

Plucky romance novelist Joan Wilder is thrust back into a world of murder, chases, foreign intrigue... and love. This time out she's duped by a duplicitous Arab dignitary who brings her to the Middle East, ostensibly to write a book about his life. Of course he's up to no good, and Joan is just another pawn in his wicked game. But Jack Colton and his sidekick Ralph, old friends from her previous adventures, show up to help our intrepid heroine save the day.