The fight to save the world is on! 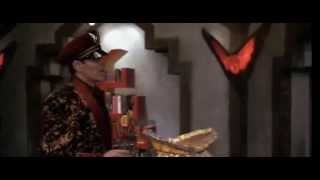 Sonny Chiba stars as the cult-classic martial arts legend Terry Tsuguri, taking on opponents with deadly streetfighter tactics. Hired by the Mafia and the Yakuza (the Japanese Mafia), Terry is instructed to kidnap the heiress to a large fortune, but when they can not pay him, he chooses to join the other side. Originally rated X, it is now available in rated and unrated versions.

Sonny Chiba is Terry Tsuguri, the Street Fighter -- a one-man terrorist army for hire. When Terry agrees to free a killer from jail, the Street Fighter finds that he and the murderer have become bitter adversaries. Now Terry confronts deadliest challenge of his life.