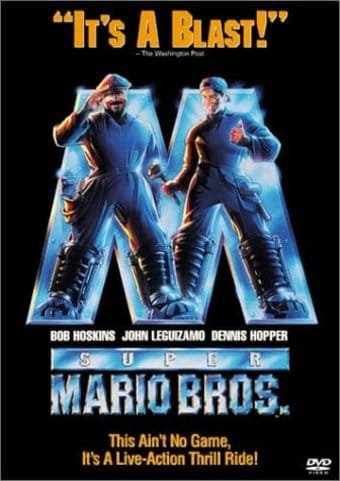 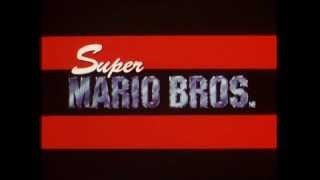 "Strap your belt on, kid. We're going in." (Mario to his brother Luigi)
"Mario, I gotta feeling. I gotta feeling we're not in Brooklyn no more." (Luigi)
"It comes from sitting on my butt all day playing video games." (Luigi, explaining why he is so adept at modern technology)
"Trust the fungus." (Luigi)

Nintendo video game perennials Mario and Luigi come to life as plumbers who are thrust into a parallel dimension peopled by the descendents of dinosaurs. It seems that the meteor that hit the earth 65 million years ago (in Brooklyn, no less) didn't kill the dinosaurs, but hurled them into a world in which they have developed into a species of intelligent humanoids. And it is up to the Luigi brothers to save Princess Daisy, and life as we know it, from the megalomaniacal Koopa, who wants to merge the two dimensions and rule the world that will result.

Super Mario Bros.
Buckle up and hang on tight -- the discovery of a parallel universe launches you into the adventure of a lifetime! Mario and Luigi, two wacky plumbers, undertake a daring quest to save a princess in "Dinohattan" -- a hidden world where the inhabitants evolved from dinosaurs! Mario (Bob Hoskins -- WHO FRAMED ROGER RABBIT) and Luigi (John Leguizamo -- REGARDING HENRY) face deadly challenges from a diaboloical lizard king (Dennis Hopper -- HOOSIERS) and must battle giant reptilian goombas, outwit misfit thugs, and undermine a sinister scheme to take over the world! Blast off for nonstop excitement with SUPER MARIO BROS., the live-action thrill ride that dazzled moviegoers everywhere!

Teenage Mutant Ninja Turtles 2: The Secret of the Ooze
$6.40
Add to Cart