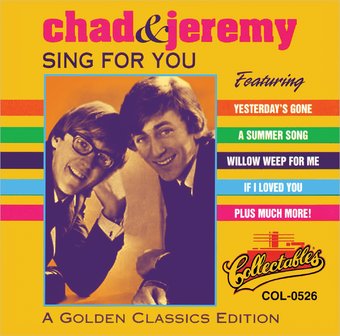 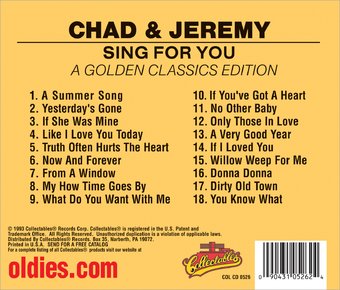 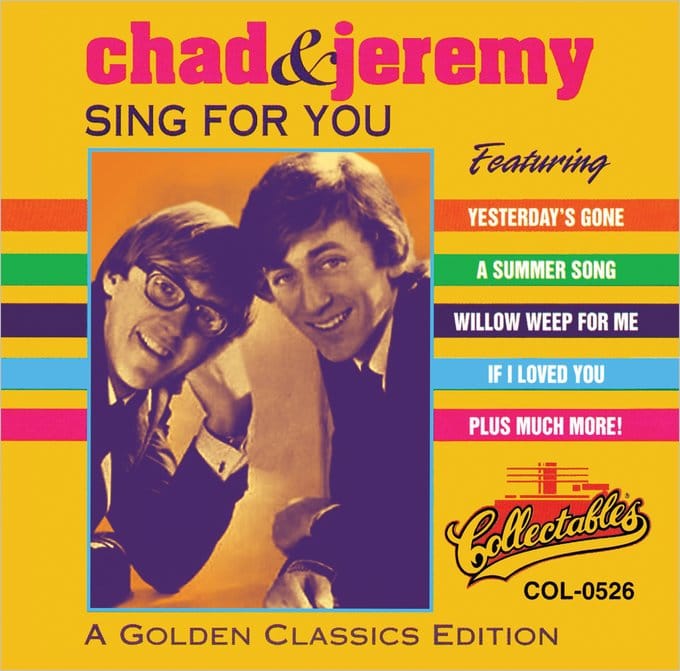 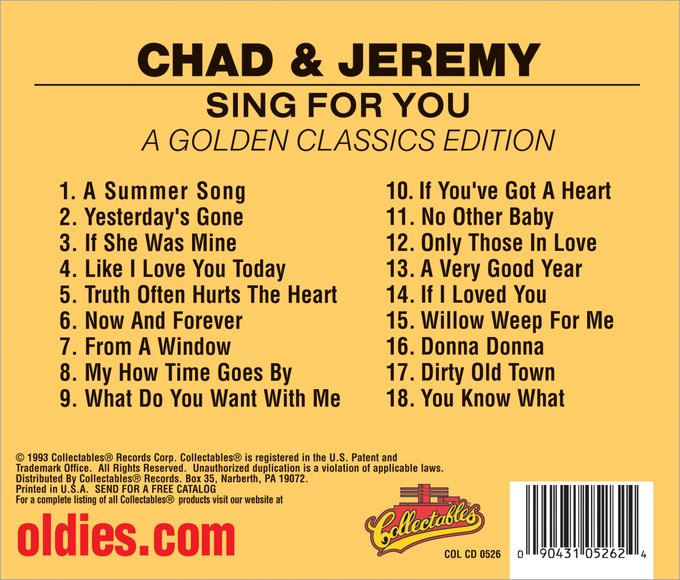 The Folk-Rock British duo Chad & Jeremy enjoyed their major success as part of the mid-'60s British invasion. This collection contains all their hits - "A Summer Song" went all the way to the Top 10; it and "Willow Weep for Me", "Yesterday's Gone" and "Before and After" are still favorites on oldies radio stations.

Personnel: Jeremy Clyde, Chad Stuart (vocals, guitar).
Liner Note Author: Mark Marymont.
Alone among their British Invasion cohorts, Chad Stuart and Jeremy Clyde specialized in acoustic guitar-based soft pop, kind of like Simon and Garfunkel crossed with a dash of Petula Clark. The duo only released a few albums--oddly, for some reason, their proto-psychedelic masterwork, OF CABBAGES AND KINGS, rarely gets anthologized--and didn't have much US chart success outside of the lilting "A Summer Song" and "Yesterday's Gone."
Consequently the several anthologies available tend to reiterate the same material, like the folk-rocking "Willow Weep For Me" and the duo's cover of Billy J. Kramer and the Dakotas' Lennon-McCartney-penned hit "From A Window." This commendable anthology adds a couple of more rare tracks, the beat-poppy "You Know What" and a terrific version of Ewan MacColl's folk classic "Dirty Old Town."