Bruce Springsteen Letter To You (2 LPs)

Rolling Stone: 4 stars out of 5 -- "The sentimentality that pulses through LETTER TO YOU feels more authentic and personal than the fictional stories he dreamt up in his early work or even his recent dives into nostalgia..." 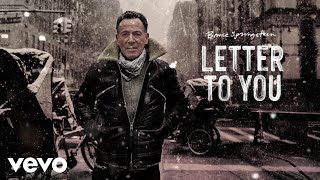 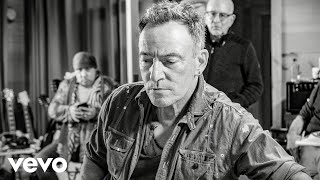 Double vinyl LP pressing in gatefold jacket. Music on first three sides plus etching on Side 4. Includes transparent inner sleeves and 16 page 12"x12" booklet. Letter To You is Bruce Springsteen's 2020 studio album with the E Street Band, and is a rock album fueled by the band's heart-stopping, house-rocking signature sound. Recorded at his home studio in New Jersey, Letter To You is Springsteen's 20th studio album, and is his first album including the E Street Band since 2012's High Hopes and their first performances together since 2016's The River Tour. Letter to You includes nine recently written Springsteen songs, as well as new recordings of three of his legendary, but previously unreleased, compositions from the 1970s, "Janey Needs a Shooter," "If I Was the Priest," and "Song for Orphans." Springsteen is joined on Letter To You by Roy Bittan, Nils Lofgren, Patti Scialfa, Garry Tallent, Stevie Van Zandt, Max Weinberg, Charlie Giordano and Jake Clemons. The album was produced by Ron Aniello with Bruce Springsteen, mixed by Bob Clearmountain and mastered by Bob Ludwig.