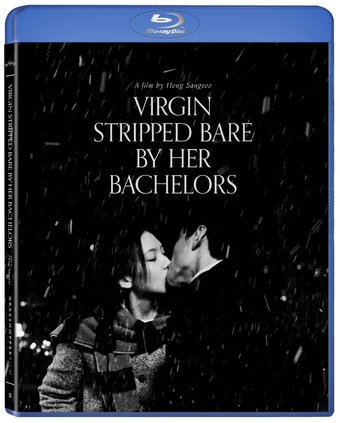 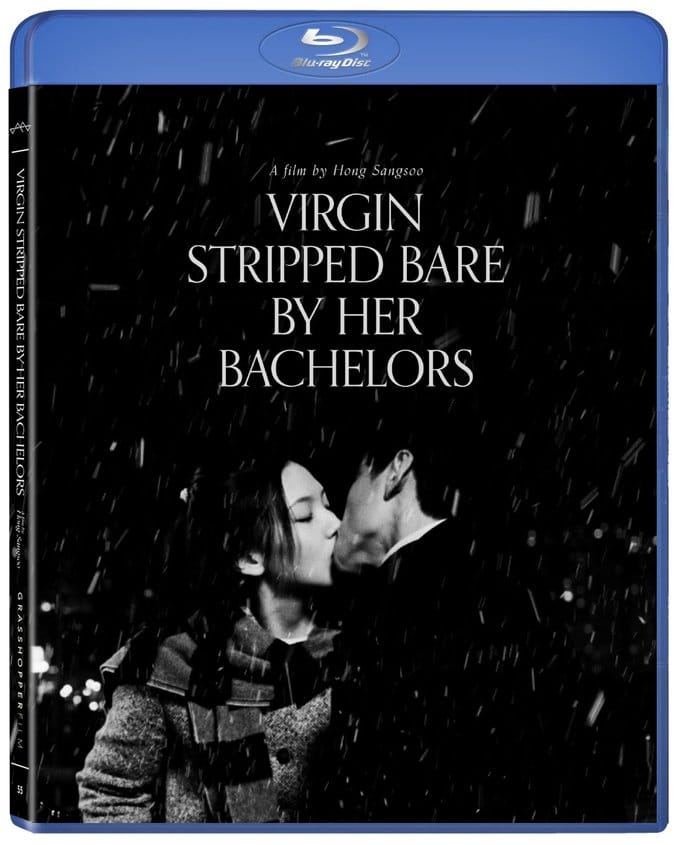 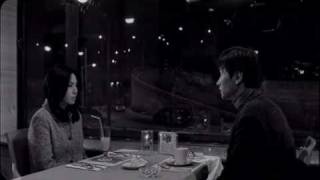 Lifting its title from a glass sculpture by Dada artist Marcel Duchamp, the South Korean film VIRGIN STRIPPED BARE BY HER BACHELORS takes an equally Dadaist swipe at the mutable nature of truth with a RASHOMON-like study of a love triangle. As a young, virginal screenwriter named Soo-jung (Eun-ju Lee) is courted by both her filmmaker boss, Jae-hoon (Bo-seok Jeong), and his wealthy, dissolute friend, Young-soo (Seong-kun Mun), the same story unfolds twice--first from the would-be lovers' points of view and then from Soo-jung's--resulting in a series of confounding revelations about memory, perspective, and truth. Writer/director Sang-soo Hong (THE POWER OF KANGWON PROVINCE) wraps his tale in static black-and-white cinematography and a minimalist style that only adds to the aura of postmodern nihilism.