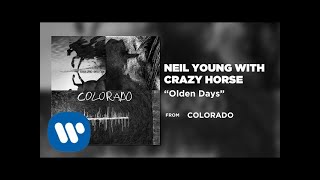 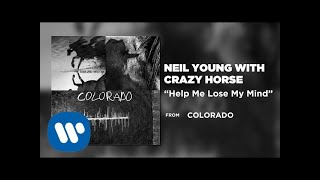 Rolling Stone
4 stars out of 5 -- "In 2019, Young is one of the few rockers of his generation who's still making music on the same meandering, uncompromising terms he staked out in his youth."
NME (Magazine)
4 stars out of 5 -- "The ragged 'Help Me Lose My Mind' finds him equally pissed off, tapping into a very modern kind of anxiety, with Young yelling into the void about the inconsequential practicalities of day-to-day life. Crescendoing into a chorus of fragile harmonies with the rest of Crazy Horse, Young's trembling falsetto is as affecting as it's ever been..."
Pitchfork (Website) - "Young's fourth album of the century with his most famous band is simple and heartfelt, gritty and tender."
Clash (Magazine) - "'Shut It Down' is another proper rocker and is effectively it is a theme song for Greta Thunberg and her climate change activists."

Audio Mixers: John Hanlon ; Neil Young; Nils Lofgren; Ralph Molina; Billy Talbot.
Recording information: Studio in the Clouds, Rocky Mountains,CO.
Editor: Dana Nielsen.
Photographers: Adam Vollick; Dhlovelife.
At a time when chaos and unpredictability hold sway in so much of the world, it's hard to fault anyone for wishing for something stable and familiar, even from someone as chronically unpredictable as Neil Young. In 2019, Young announced he was recording again with Crazy Horse, and after a handful of especially eccentric and uneven albums -- 2016's Peace Trail, 2017's The Visitor, 2018's Paradox -- the notion of Neil and Crazy Horse cranking up their amps and making some righteous noise sounded like the sort of comfort food many fans had been hungry for. However, in time-honored Neil Young tradition, 2019's Colorado is a bit different than what fans might have been expecting. Frank "Poncho" Sampedro, Young's longtime guitar foil in Crazy Horse, opted not to participate in their latest reunion, and Young recruited his occasional collaborator (and longtime Bruce Springsteen sideman) Nils Lofgren to take his place. Where Sampedro had a knack for goading Young into conjuring billows of howling brilliance from his axe, on Colorado, Lofgren instead gives him a strong, stable framework that allows Neil room to explore yet doesn't push him forward. As a result, this isn't a cathartic blowout in the manner of Rust Never Sleeps or Ragged Glory but instead harkens back to the focused yet ambling mood of Everybody Knows This Is Nowhere and Harvest, only with songs that are good but by no means exceptional. As with much of his work in the 2010s, Young's lyrics here reflect an autumnal concern with politics, the environment, and mortality, and they're thoughtful and of their moment, but they sound more like blog posts than clearly thought-out messages. While this is hardly unexpected from rock's leading "First Thought Best Thought" man, they're still not up to the standard of his best music; after a while, repeatedly informing us he's an old white guy on "She Showed Me Love" sounds less like self-awareness and more like he's not sure if we know, which we certainly do. That said, if Colorado isn't the great soul-satisfying rocker we were dreaming of, the dusty howl of Young's electric guitar work is here in plentiful supply -- not at full strength but loud enough to matter (especially on "Shut It Down" and "Help Me Lose My Mind") -- Young is properly engaged with his material, and his interplay with Lofgren, bassist Ralph Molina, and drummer Billy Talbot is a reminder of why Crazy Horse has been on hand for so much of his greatest work. At a time when a great album from Neil Young would have been more than welcome, Colorado is instead a good one, but it's recognizably the work of a great artist, and that's more than can be said of the last few offerings Young has given us. ~ Mark Deming