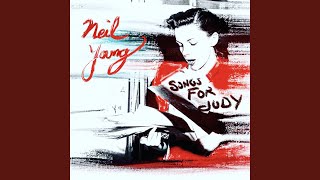 Here We Are In the Years (Music Video) 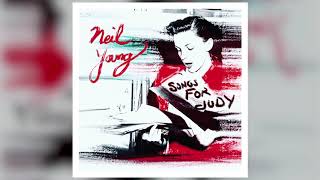 Rolling Stone
3.5 stars out of 5 -- "He tries out newly written material like 'Pocahontas' and 'White Line,' pleases the fans with faithful versions of 'Heart of Gold' and 'After the Gold Rush,' returns to his Buffalo Springfield days with an unplugged but still taut 'Mr. Soul,' and takes a few deep-cut forays..."
Spin
"SONGS FOR JUDY captures Neil Young at his mercurial peak, writing songs too fast to release and scrapping albums too fast to remember."

Neil Young had a turbulent 1976. Still digging himself out of the dark period that produced his "Ditch Trilogy" -- the weird, gnarled records he made when he decided to steer away from the middle of the road that was a possible tributary from the success of "Heart of Gold" -- Young began to see a new dawn on Zuma, a 1975 reunion with Crazy Horse. Not long after its release, Young reunited with his old Buffalo Springfield bandmate Stephen Stills to record Long May You Run, an album credited to the Stills-Young Band, but this union proved to be short-lived. Young ditched Stills a month into their tour, headed back to California to record an acoustic album called Hitchhiker, which he decided not to release. Instead, he took Crazy Horse out that November, acting as his own opening act via an acoustic set that preceded the electric blowout.
Released 42 years after that November jaunt, Songs for Judy collects 23 highlights curated by journalist Cameron Crowe and photographer Joel Bernstein, who tagged along on the tour. Bernstein recorded the concerts for his own pleasure and that provides the source material for Songs for Judy. What's striking about these performances is how loose and relaxed -- even happy -- Young seems. A far cry from the haunted, hazy Hitchhiker, Songs for Judy is spry and sly, the songs sounding charged and muscular even when they're sung with no greater support than an acoustic guitar (and, on occasion, an organ). Young cracks jokes and sings with vigor, alternating between staples from his songbooks and test-driving new tunes. Among the latter is "White Line," which later showed up on 1990's Ragged Glory, and "No One Seems to Know," which sees its first official release on this album. That alone makes Songs for Judy of interest for Young diehards, but what really makes this collection worthwhile is how these robust performances put the lie to the notion that acoustic Neil is sad, sensitive Neil. ~ Stephen Thomas Erlewine